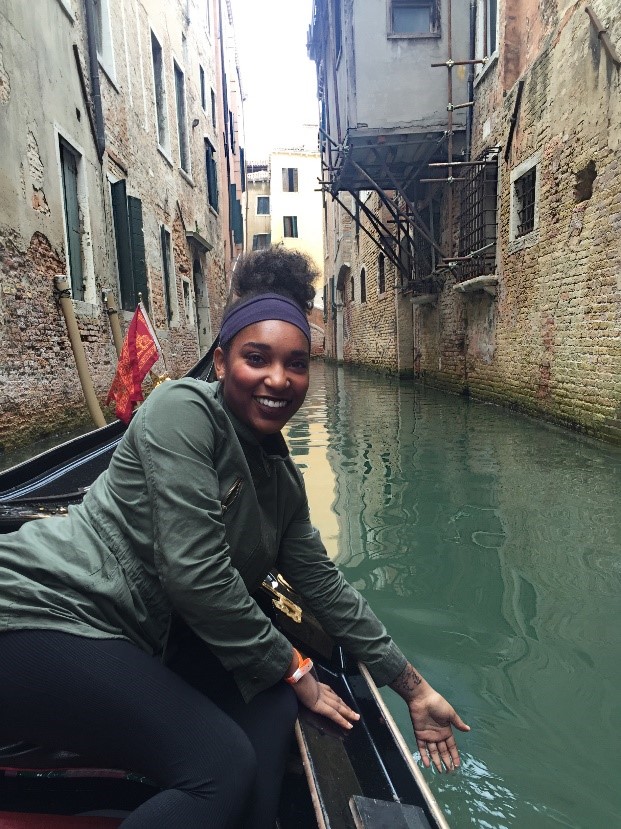 In China there is a national Holiday called the Golden Week (国庆节). It is a week long period and the most traveled time in China. Native Chinese either return to their home towns if they are away, travel out of the country, or enjoy a week of solace. I decided to travel out of China. Coming to China was my first time leaving the United States so I was super excited to expand my horizons. Coincidentally, this semester I have 10 Fairfield friends studying abroad in Europe, 7 of them in Italy. Because I am studying in China for two semesters and will not be returning home for Christmas, I decided to visit my friends in Florence, Italy. This was my first time in Europe so I was very excited. Ironically, I felt more culture shock in Italy than I did during my arrival to China. China instantly felt like home, however Italy felt like I took a time machine back to 1542. Everything in Italy is so preserved, that it doesn’t feel like the present day in age. The only thing that reminded me of the 21st century was their mini cars and electricity. Although Italy wasn’t the modern urban city I was used to, it still had the fast paced hustle of a city.

Because I was privileged enough to travel to another continent during my time abroad, I used it to think critically about some of differences between Europe and Asia. I realized right away that Italy smelled differently than China and European water tasted very different. For a short time I also went to Sweden, and Germany, and the water was noticeably different in taste. In China, the pipe water is not safe to drink so everyone drinks bottled water. I even took the time to purchase a water filter, (like the ones you see in office buildings) to save money on bottled water expenses. In Italy it was totally normal and safe to drink from the tap. The people in Italy were very friendly, sometimes too friendly, where some would walk up to strangers to try and sell them things, talk to them, or invite them places. In China, the faces are very friendly but the Chinese don’t spend much time worrying about the past times of strangers. Also most Chinese encourage foreigners to speak Chinese. They get really excited when you try and even will often help you struggle through your sentence. In Italy, everyone inherently speaks English to foreigners so it was harder for my friends to practice their Italian. Another major difference I noticed were how quiet and empty the streets were at night. Even though Italy was full of people during the day, late nights were like a ghost town. In Beijing, even at 4am one can still easily find a cab, groups of people, an open restaurant, and bars and clubs still raving with people.

Despite these cultural differences, I was incredibly amazed by Italy’s architecture. Although very old, its beauty is timeless. Two of my friends and I climbed the Duomo and its Bell Tower. There were about 400 steps to reach the tops of each tower, however tiring, the view was worth it. The top of the Duomo overlooked all of Florence. My friends and I also took a day trip to Venice. This day was both cloudy and cold, but well worth it.  We took a bus and a train to Venice, then a boat ride through the city to get to its center. We admired a glass blowing artist, shopped and explored the small city. Then we embarked on a half hour gondola ride around the narrow sections of the city. After a long day, we returned back to Florence later that night.

View from the top of the Duomo

Although my trip to Italy was really fun, unique, and full of culture, I did miss China the whole way through. When applying to study abroad, I chose China because I felt and still do feel a personal connection with the language, culture and country. Even though it’s not a direct Fairfield hosted program and does not get as many applicants as maybe Italy, Ireland, or Australia, I still chose to go despite going without friends. Sometimes I would rethink my decision and wonder if I should’ve went to a place with majority Fairfield students to travel and experience the world together. After being in Italy for about four days, I was ready to go home… to China. Being in Italy for only a week made me realize that I made the right decision by coming to China. Italy was gorgeous and interesting, but it wasn’t for ME. I couldn’t imagine spending an entire semester there, let alone an academic year. I think this is something all prospective study abroad students should really think about. Make sure when you choose to study abroad that you choose somewhere that you can personally connect to, fall in love with, and are truly interested in. If not you will find yourself being homesick, anxious, and counting the days until your flight back to the States.

Check out my article for beijingkids Magazine on parents and children dealing with homesickness in China. 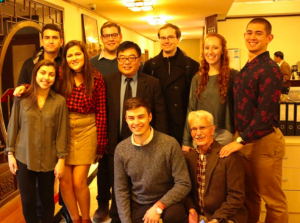 You Know You're In Love, When the Hardest Thing to Say Is...Goodbye 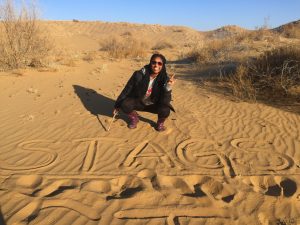