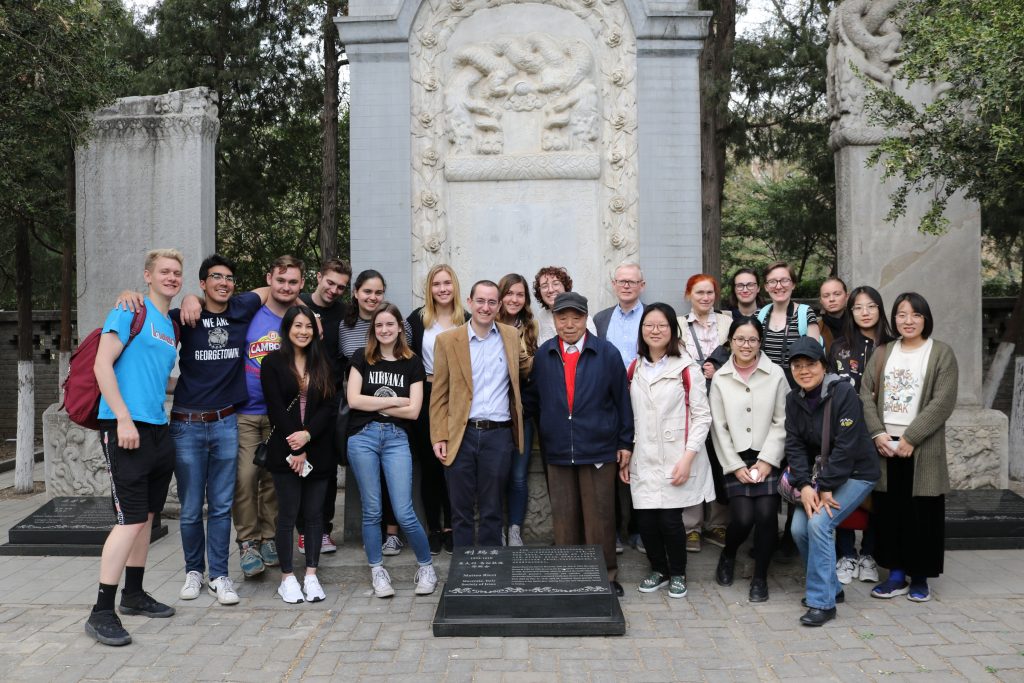 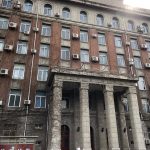 Some Ricci scholar students and a theology-religions class at TBC visited Matteo Ricci’s tomb in Zhalan Cemetery. The cemetery is located in the heart of Beijing on the Haidan district side, in the “backyard” of a Communist Party school. It was a bit strange in the beginning to think about why and how did Matteo Ricci and a few others ended up in a cemetery on a school’s campus, but the history that lies within the tombs are unique and interesting to why it is where it is. The students had an amazing tour guide that gave us the background and history of why Matteo Ricci is so important to China. 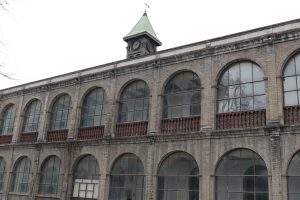 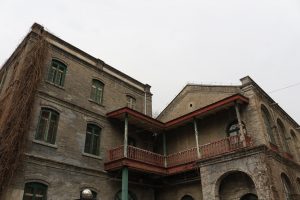 The campus of the school has dark grey brick buildings with the vines all over the buildings. It’s gated and has security like any other place in Beijing. The Zhalan Cemetery has 88 Jesuits’ graves that had scientific or cultural value with China in the 1600s. It was attacked here and there during the different political and or cultural movements happening in China, but still remained safe and protected to this day. A little random fact, but the building that is shaped like an E or the character 山 on campus used to be a winery!

Matteo Ricci was an Italian Jesuit missionary born on October 6, 1552 in Macerata. When he was 16 in 1568, his father sent him to Rome to study law in order for Ricci to follow his father’s footsteps. When he was the age of 19 in 1571 he secretly joined the Jesuits society (Society of Jesus). From there on, Ricci picked up philosophy and theology. He was enrolled at the Collegio Romano until 1577. The tour guide mentioned that from theology, it contained mathematics and astronomy. When Ricci was 25 he went abroad and never went back home. India asked for missionaries from Rome, so they chose 4 people to go and he became a formally priest in India. In 1582, Ricci moved onto Macao, a Portuguese colony at the time, after he sailed from Lisbon for Goa. In 1583 he entered the Chinese empire and lived in China for 28 years while introducing Christian teachings. The first 8 years in China Ricci lived in the southern parts. He learned the characters in order to learn and understand the Chinese culture, while he began the modern Catholic missions in China. After 18 years, Ricci had to go to Beijing (Peking at the time) and go to the imperial court to meet the emperor. He arrived and settled in Beijing on January 24, 1601 under the protection of Emperor Wan-li. He was the first foreigner to be able to live in the capital. On May 11, 1610 at 7pm Matteo Ricci died. 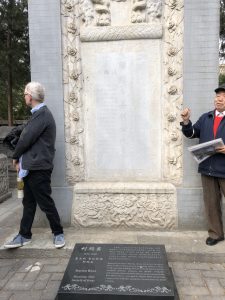 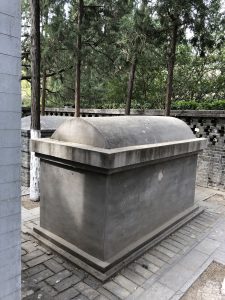 The death of Matteo Ricci was special to China, but at first just an exception. When Ricci died, the Spanish missionaries that came along with him wrote a report to Emperor Wan-li about his pass-away. However, in the old ways, those that die are supposed to be buried in their home country, but there was also an exception that all foreigners had to be buried in Macau. Ricci’s body in Macau wouldn’t have much meaning to it since he had close relations with the emperor during the Ming dynasty. Since Ricci’s home was Macerata, which is too far away from China to be able to send his body over, plus the risk of unknown events happening on the way to his home country, burying him in Macerata was not a safe option for his rest in peace. There were two factions to decide what to do with Ricci’s body: one side said on Chinese soil no foreign body can be buried, on the other hand, one knew Ricci and argued that he should be able to be buried in China. The officials agreed and allowed Ricci to be buried in 5 acceptable locations, at the time they were considered suburb areas. This is how Matteo Ricci ended up being the first foreigner to be buried on China turf during the Ming dynasty.

Matteo Ricci’s missionary activities were successful because he had high quality characteristics and adapted quite well to China through its culture and language. He also has great authoritative knowledge of sciences – mathematics, astronomy, and geography. He used his knowledge to channel the science in his head through lectures, books, maps, and instruments. In 1958, he was a part of the Chinese language reform that led to simplify characters and pinyin. The first pinyin set was done by Ricci and this was the beginning of the new language system that China had adopted. Ricci was highly valued in his knowledge while still learning the Chinese culture himself. 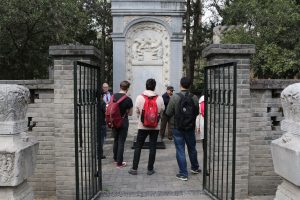 It’s very shocking to have known that the first foreign body to be able to live and be buried in China was Matteo Ricci. TBC is built around Ricci’s work and success! Ricci is in comparison with the students at TBC who are studying the Chinese language and culture by adapting and using the knowledge in academics and everyday life. While Ricci was meeting people and learning the Chinese way of life, he was also spreading his knowledge of the West in exchange. Ricci has come a long way from the day he was born up until his death to prove his importance to China. He struggled to build his trust with the Chinese but never gave up in his mission to China.

After learning about Ricci’s role in China, it shows how you can achieve success in the amount of effort you put into it. Ricci traveled far to finally be able to become fully immersed into the Chinese culture. If Ricci can be able to learn and understand the Chinese language, that means anyone that puts time and patience aside to be able to learn can do it. The Chinese language is not an easy language to learn, but I guess we can thank Matteo Ricci for helping us with the simplified version of Chinese characters! Aside from that, Matteo Ricci learned the traditional version of Chinese characters which is even harder. Knowing that he had learned the language before it became more simple shows that any student studying the Chinese language and culture can master it. 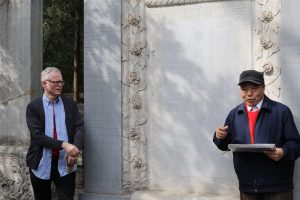 The tour guide mentioned: Patience and time, which I think is important to note when studying the Chinese language and culture. It was fascinating to hear how the people of China still honor and show the value of Matteo Ricci in their society. It seems that many people are still following Ricci’s footsteps and see it as an opportunity to continue to work towards your success from the effort you put forward. 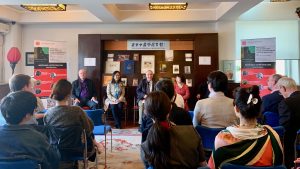 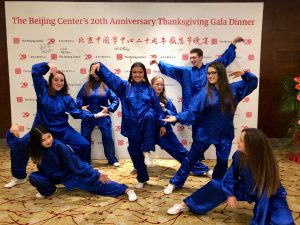