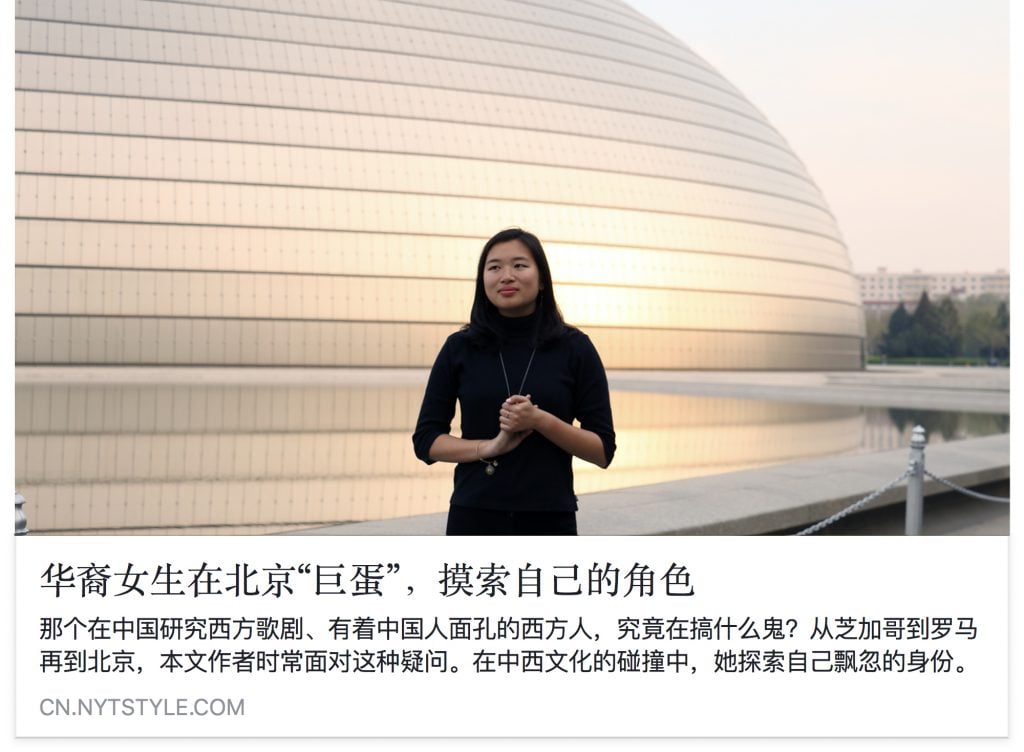 “ABC at the Egg,” NYTimes article published by TBCer

Check out her article below:

Tucked away in a plush dressing room off a press conference hall at the National Centre for the Performing Arts in Beijing, we sat nervously in chairs upholstered in China’s trademark red. After a last-minute cancellation; a week of dogged phone-calling, WeChatting, and restrained begging; and a final, wretched wild goose chase around the airplane hangar-sized theatre complex known as the “Egg”, I had finally been granted a brief interview with opera director, Chen Xingyi. To help navigate the murky waters of opera jargon, I had brought along a Chinese friend to help translate when needed.

“您好， 陈老师。” I began, deploying passable Chinese. “My name is 黄彦宁.” My legal name, which is in English, would give away my American-ness too soon.

“I will help her translate,” said my friend.

The director cut him off, looked me straight in the eye, and said, “Have her ask the questions. She needs the practice.”

We stumbled through the next half hour, my translator dutifully asking the questions I’d prepared beforehand. Too shaken to ask follow-up questions and too intimidated by the press conference next door, I stood up, thanked Chen Xingyi politely, and bolted.

How could I justify my incompetence? It’s been a month since that interview. Here is the story I wish I could have told.

My name is 黄彦宁, but you can also call me Stephanie Wong, which is the name on my birth certificate. I’m a college student in Chicago. Over the past year-and-a-half, I have been conducting a cross-cultural study about the conventions of classical western opera in Italy and China. I lived in Rome for four months, and I have been in Beijing the past two months. It’s only my second trip to China.

My parents are not from here. My mother grew up in a small village in pre-urbanized Singapore, and my father spent his childhood in the public housing projects of Hong Kong. As young adults searching for work, they made their way to America, where they met in their late twenties after completing their graduate degrees in the United Kingdom and Canada. I was born some years later and grew up in a suburb of Chicago, IL as a first-generation American.

Coming from different nationalities themselves, my parents raised me in an environment rich in culture. My parents’ passion for diverse cuisines nurtured my best quality: 她很会吃，says my Singaporean family. I received a well-rounded musical education from the age of five, fostering my love for classical music that later grew into my research in western opera. In terms of language, I grew up hearing English, Cantonese, Hokkien, and my mother’s Mandarin. The latter still colors my clumsy Chinese with its sibilant Singaporean accent.

But beyond their collective knowledge of Chinese legends, folksongs, and language, my parents have always kept mainland China at arms’ length. Rather than inquiring about the mainland, I always asked about their childhoods in former British colonies. Growing up, I spent summers with my family in Singapore and Hong Kong, learning Chinese only grudgingly and unenthusiastically. Instead of exploring my background, I turned to reading history textbooks about ancient Greece and Rome, a subject I continue to study today. It was only when my research opportunity arose that I realized I would probably never be able to live in Asia permanently, given my western focus.

I received three emotional reactions when I told my parents that I would live in China for a few months:

1. Wariness: My parents harbor suspicions about mainland China, particularly the potability of the water, the hazards of PM 2.5, and the general cleanliness of Chinese public spaces. The first time we had been to Beijing was in 2006 with my brother and me in tow, and we were all aghast when we saw an elderly gentleman blow his nose directly into the street just inches away from where my brother was standing.

2. Surprise: They had never dreamed that their Western culture-obsessed daughter would want to work in China. “Also,” they asked, “is there even western opera there?”

3. Passive-aggressive delight: “You’ll finally be able to work on your Chinese,” my mother conceded, remembering my illiteracy.

In Italy and China, I’ve come to find, the politics of opera drive both national objectives and international relations: Italians are proud of their national art form while they fear its rapid decline, while the Chinese attempt to build it into a sustainable form of soft power .

During my investigations at the NCPA, I play an uncertain role. Foreign tourist, English speaker, traveling researcher, bad translator—I am all of the above. Nobody quite knows what to make of this Westerner with a Chinese face who is studying western opera in China. Once, my American passport was randomly demanded and meticulously scrutinized by an NCPA security guard, who was mostly confused as to why I didn’t have a Chinese ID card. On another visit, I had to act as a less-than-mediocre translator for a Chinese anchorwoman who partook in the same private tour of the NCPA as I did—our guide, an Italian who works for NCPA as an opera consultant, spoke good English but could speak very little Chinese.

This strange crossroads of nationality and ethnicity has offered me a mix of opportunities that I might have never seen if my face or background were any different, such as backstage tours and meetings and interviews with acclaimed Chinese singers. Because of my Chinese, I’ve gained deeper insight into Chinese feelings towards the quality of China’s new opera, while because of my status as overseas Chinese, I’ve learned more about foreigners’ whispered opinions as disclosed to a fellow expatriate. Once, when I inquired about the NCPA’s constant parade of new productions and commissioned operas year after year, the Italian opera consultant waved his hand in exasperation and said (and I’m quoting his English here), “Their orgasm is only to say numbers!” When they don’t yet know my background, the Chinese trust my face, and the foreigners trust my language.

In Italy, I faced a different issue with both my foreign face and foreign language: “Parla la giapponesa italiano?” (“Does the Japanese girl speak Italian?”) Most Italians would immediately assume I was Japanese. Perhaps it was a lingering effect of World War II-era ties between Japan and Italy, or the preponderance of Japanese tourists who have visited over the decades, before more and more Asian tourists started coming from China in recent years – I never why out figured why. But when I frequented Italian opera houses, which are sites swarming with people of all nationalities, Italians would catch my eye and shout “Konichiwa!” in my direction.

In China, the opposite is true: at first blush, most people immediately assume that I am a Chinese national. Fielding questions about my background has become an exercise of daily life, not just within the scope of my research.

The 阿姨 who sells me my daily cup of soymilk knows I’m 外国人, so once she asked, “Do they have soymilk in Korea?” In lieu of telling her this story, I smiled and nodded. This was potentially a bold-faced lie. I have never been to Korea.

“Don’t you only prefer western things?” my Chinese roommate asked with wide-eyed sincerity. “Well,” I replied, “I did come to China.” On a separate occasion, she asked me, “What’s your real name? Like on legal documents?” I had to take out my passport to prove it.

And my favorite, from a fellow international student in Beijing: “Are you sure you’re American? You look like a Chinese girl.”

In both my life and my research, people ask in which hemisphere I think I belong. But when my nationality and my race conflict, especially in China, I think about the tug-of-war of “ownership” over western opera, and how it was described to me by Chinese bass-baritone Shenyang. “Opera is opera. It’s the great art of human beings, and it belongs to all of us.”

In today’s world, opera is opera, music is music, and Stephanie Wong can still be 黄彦宁.

So, Chen 老师，when I leave China, hopefully my Chinese will be better and my research more meaningful. I will still be a foreigner—a foreigner who still feels the same heartbreak when she hears “Nessun dorma” as anyone else in the world, and a foreigner who still has much to learn about her background and her identity. It’s very nice to meet you. 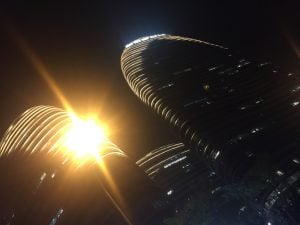 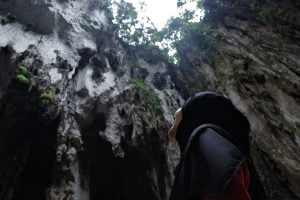 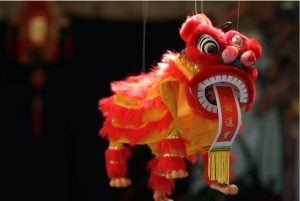 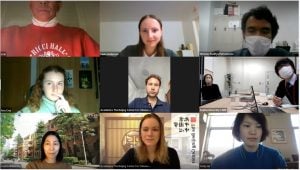