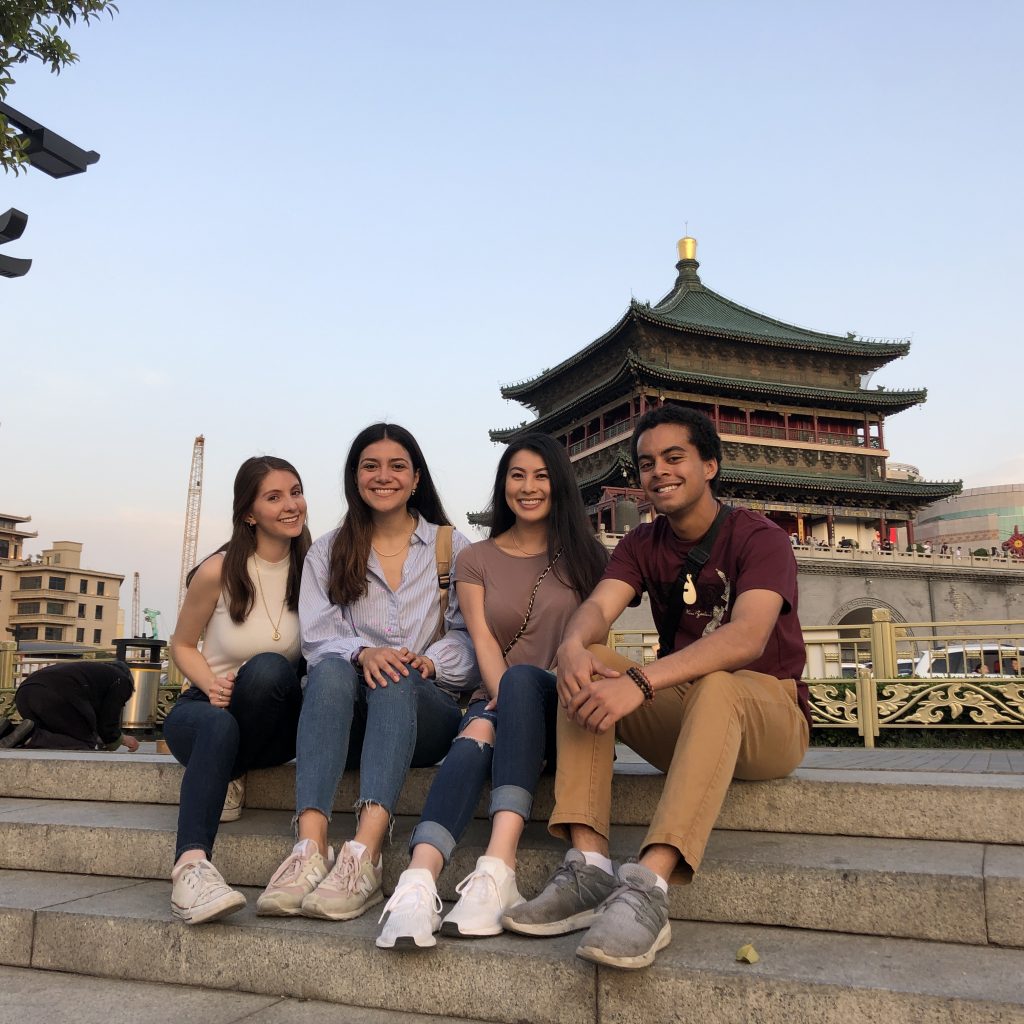 My name is Michelle Chin. I attend University of San Francisco and I am currently in my last year of college. I will be graduating December 2019. I am an American born Chinese that was born and raised in San Francisco. I went to school all my life in the city and never left until I came to China.

Why did you decide to study abroad in China?

I am an international business major which my school requires me to learn a foreign language. I however am Chinese but cannot speak any Chinese. My family is actually Cantonese, but the official Chinese language is Mandarin. I’ve always wanted to study abroad but never got the chance to until my school nominated me to do so. I chose China because I feel terrible to have forgotten all of my Chinese since I stopped using it in my everyday life. Before coming to China, I studied Mandarin for two semesters, but I didn’t feel that I was actually learning the language or being able to speak it daily since most people in San Francisco speak English, or if they do speak Chinese it is Cantonese. I saw this as a great opportunity to immerse myself in the Chinese culture to actually understand the history and language more in depth. I found this as a ticket to reconnect with my heritage, while being able to experience China since I hope one day to do business with China or possibly live here.

What were your impressions of China before, during, and after your time here?

I’ve only been to Hong Kong and Macau, but that isn’t technically considered mainland China. Before coming to China, my friends were all telling me about how dirty mainland China is because of the air pollution, no toilets, spitting, etc. However, it’s not even that bad compared to what I was told. I actually think most places in China are pretty modern and clean, plus the days of bad pollution have only been a few. I’m a clean freak so if I don’t have a problem with being here for half a year then I’m quite sure that China isn’t so bad. I thought it was a little frustrating in the beginning to be able to get around and buy things since most people don’t speak or understand any English, and WeChat or Alipay are the only things they really accept for payments (most places don’t like cash). After I got settled in with TBC, live became a breeze. I would say I’ve adapted to China pretty well, so well to the point that I really want to come back here after I graduate for either work or my master’s degree, and to hopefully move and live here one day!

What was your most memorable memory in China?

I really enjoyed the academic excursion that TBC incorporated into the program. I think the two weeks of traveling through the Yunnan Province definitely changed my perspective about China. It made me realize and experience how different China is based on what part of the country you are in. I met and seen different cultures in China that I didn’t know existed. It’s an experience I cannot stop talking about to my family and friends, and something that I will never forget. 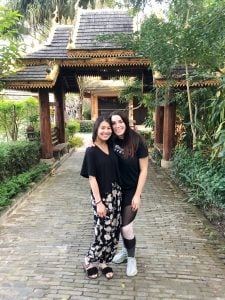 Where did you travel to and how was your experience?

I traveled to Xi’an, Shanghai, and Zhangjiajie during my time here in China. I took all weekend trips and they were such fun trips to do. Each city gave me a different vibe on China. For Xi’an, oh man it was beautiful. It definitely looked like the old capital of China with their traditional Chinese buildings and the lanterns hanging all over the streets. Xi’an had a lot of old history built in the city, plus the terra cotta warriors! Shanghai was also interesting since it had two parts of the city. The bund side which was older and the Pudong side which is the metropolitan side. The skyline was amazing during the day, but to die for at night with all the lights on. I also went to the Shanghai Disneyland which was the cutest and most detailed Disneyland I’ve been to. Shanghai made me feel like I was in New York, but a China version. Lastly, I went to Zhangjiajie to go to Zhangjiajie National Forest Park to see the “Avatar” mountains. I had to go see these mountains while I was in China because it was something that I couldn’t believe that these mountains naturally looked like the way they did in the movie. Seeing these mountains in real life made me feel like I was in the movie, it looked so fake with a naked eye but clearly was not. Zhangjiajie seemed more of a natural and tropical feel since it was very green from all the plants and trees, and the air was moist. I took the train to Xi’an and Shanghai and flew to Zhangjiajie since that was further away from Beijing. The train tickets are fairly cheap, but make sure to check which station you are departing from since there are multiple train stations in each city (I had to find out the hard way).

Was there anything you feared before coming to China?

I lived at home for my entire life and never left the city for school. Being in China for about half a year made me scared that I would be too homesick to not stay throughout the entire program. This was my first time being on my own for such a long time. I admit I did get homesick after my birthday in February, but my trip home for spring break is what helped me get through this. I was fortunate to get a multiple entry visa that allowed me to go back home and return back to China. However, now I feel more independent and more comfortable to be away from home a little longer because of what I experienced.

What did you hope to gain from this experience?

I hoped to gain new friendships and become more fluent in Chinese. I’m astonished to have met so many different people from all around the world. To be able to hear and understand the different backgrounds of other people already gives me a different perspective on life. Being in the same city for all my life doesn’t make me open-minded like the person I hope to be. Also, living in China for half a year has already improved my Chinese a lot faster and better than the two semesters of China that I took at my home university. I know that being around the people and culture that speak Chinese will improve me at a faster rate. 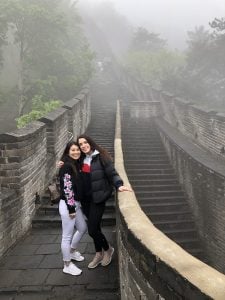 If you could change anything, what would it be and why?

If I had more courage in the beginning of the semester to join more Asian clubs I would do it. I think the first few months in China were really hard to meet local people since I had no way of meeting people other than those in my program. I think if I had met more local people from the very beginning of my semester it would make me even more fluent and I would fully understand the lifestyle of people in China.

Don’t be afraid to step out of your comfort zone. The day before my flight to China I actually didn’t want to come anymore because I was so scared of being in a new environment, but now I’m glad I came here because it gave me experiences that made me grow into a new person. Being able to live in China is very different than America, although there were rough times it’s all part of the experience and I’m glad for it!! 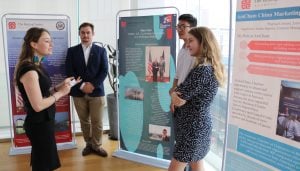 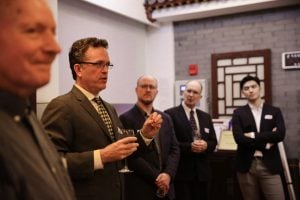