China in the World Economy

Past. Present. Future. With thousands of years of history, understand how China has interacted in the world economy in the past to gain insight to how and why China interacts with the world economy today.
Frank Hawke
Course Introduction 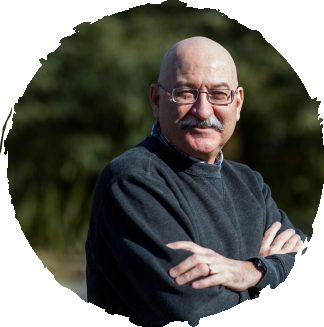 Frank Hawke is the Director of the China Program for the Stanford University Graduate School of Business. He has been Regional Leader, East/Southeast Asia and the Pacific, The International Potato Center (CIP), responsible for managing the Asia regional operations for CIP, an international R&D NGO that focuses on food security and poverty reduction. Previously, he was the Chairman, Greater China of Kroll Associates, as well as an independent consultant assisting companies with business strategies in China. In the early 1980s, Professor Hawke assisted numerous firms in closing landmark deals in China, including the Great Wall Hotel—China’s first joint venture—and the Beijing Jeep Corporation. He worked for Citibank from 1988 to 1994, managing businesses in the PRC and Taiwan, and he headed a team that re-established Citibank in Vietnam. From 1994–1997, Professor Hawke was Head of Investment Banking for Salomon Brothers China. Professor Hawke is an independent director of a large state-owned financial services firm and chairs the Human Resources sub-committee of the board. Professor Hawke was in the group of the very first American exchange students to study in China, at Peking University in 1979.

China in the World Economy

This course will examine China’s role in the world economy from two angles:

1. Historical: one can argue (and many do) that a world economy, and in fact a world history, did not exist until Vasco da Gama rounded the Cape of Good Hope in 1496 and, in the largest instance of cutting out the middleman ever recorded, opened a sea route between Europe and Asia. One can also argue that from 1496 until 1978, when Deng Xiaoping and the Communist Party initiated its “reform and opening up” policy, China did not play a willing and autonomous role in the world economy.

The course will examine China’s economic interactions with the outside world beginning with the Han Dynasty (206 BC – 220 AD) up to the present.

History is always more interesting when you approach it with an agenda. Our agenda will be to delve into two questions of historical significance: (A) ‘The Great Divergence’: why was it Europe, and more specifically England, that first broke out of the Malthusian trap and embarked on a path of modern economic growth, when it would seem that China much earlier had many of the precursors for that transformation? Why did Europe, often exploiting technology first developed in China, “discover” China and not the other way around? To what extent was Europe’s ‘Age of Discovery’ a reflection of other monumental trends taking place there that led to industrialization and the onset of modern economic growth that continues today? Why did it not happen in China? Would it have happened in China eventually? More important, how has this history shaped today’s China and its role in the world economy? (B) Between the Treaty of Nanking in 1842, which ushered in China’s modern era, and the onset of war in 1937, what role did foreign economic actors play in China? What was their economic legacy? What were their political and psychological legacies? How did Western economic imperialism during that period shape China’s post-’49 policies and performance?

2. Current: once China ‘opened up’ after 1978, its economy, relatively isolated before then, gradually became more closely linked with the world economy. Therefore, in order to understand China’s role in the world economy today, one must understand the main elements of China’s domestic economy and how they have affected China’s external economic and political relations. We will examine how China has achieved its extraordinary growth and ask if it is molding itself to the global economy or if it is creating a competing model. We will ask if China’s growth model is sustainable and to what extent China needs to “re-balance” its economy. We will examine China’s voracious appetite for natural resources and its global impact. We will then examine the challenges and opportunities presented by China’s phenomenal emergence in Southeast Asia, Latin America and Africa. Finally, we will look at the U.S.-China economic relationship. Students will read about the RMB and the implications of China’s large foreign exchange reserves and holdings of U.S. government securities and the significance of China’s accession to the WTO. The students will learn the basics of foreign exchange, national income accounting as it applies to cross-border flows, the components of GDP as well as absolute and comparative advantage.