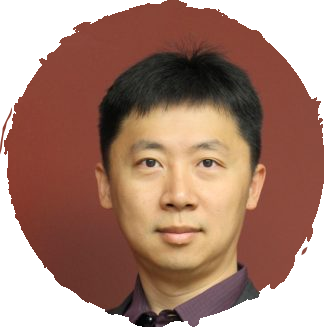 Dr. Simon Koo joined TBC in 2017, bringing over a decade of teaching, research, and administration experience in higher education. He is currently the Executive Director of TBC.

A computer scientist and engineer by training, Dr. Koo’s main research interest lies in the areas of network and data sciences, in which he has led research projects and published extensively as a scholar. As a teacher, he has taught a wide range of courses in both Computer Science and Mathematics, as well as in Finance, Political Science, Architecture, and Philosophy. He received a Magoon Award for Excellence in Teaching and was a recipient of the National Academy of Engineering CASEE New Faculty Fellowship in 2007. As an administrator, he has the experience of overseeing areas such as curriculum design, academic planning, accreditation, faculty recruitment and retention, and university partnership building. In addition, Dr. Koo is also an entrepreneur, having founded multiple technology startups on Internet of Things (IoT) in Silicon Valley and Hong Kong. Dr. Koo is listed in Who’s who in America and Who’s who of Emerging Leaders, and he is a member of American Mensa.

Dr. Koo received his B.Eng. (Hons.) in Information Engineering with a minor in Mathematics from the Chinese University of Hong Kong, his M.S.E.E. from NYU Tandon School of Engineering, his M.S. in Operations Research with emphasis on Financial Engineering from Columbia University, and his Ph.D. from the School of Electrical and Computer Engineering, Purdue University, West Lafayette. He is a senior member of IEEE and ACM, a member of Sigma Xi and Upsilon Pi Epsilon, and a fellow of the BCS.

MEET OTHER FACULTY IN THE DEPARTMENT