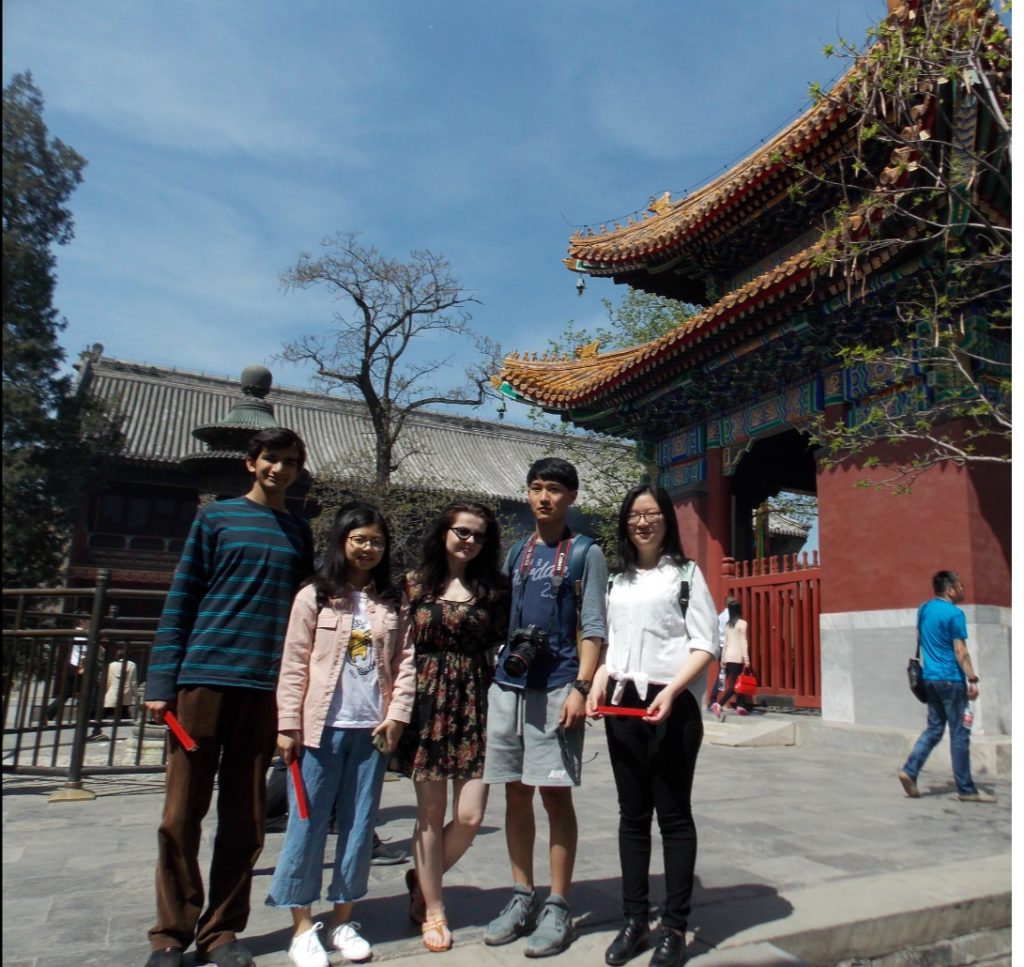 On Saturday, April 15th, I set off with my friends Emily, Wilson, Adah, and Carol for the Yonghegong Lama Temple, one of the largest and best preserved historical sites in Beijing. I had seen the Lama temple (or at least its subway stop) in passing multiple times- it is only three stops away from the University of International Business and Economics (UIBE) on the Beijing Line 5 Subway- yet I had never had the chance to get off and explore the site. The temple was built in 1694, and originally served as the childhood home of the Yongzheng Emperor of the Qing dynasty. The palace was eventually converted into a Tibetan Buddhist lamasery, and served both as a place of worship and a residence for monks.

When our student team finally reached the temple on that balmy Saturday morning, we navigated our way through the crowds at the entrance and made our way into the complex. In the tradition of most Chinese architectural plans, the temple is designed as series of connected, interlocking courtyards. This creates a sense of intimacy as you navigate through the ancient buildings- you are always presented with a singular visual point to focus on. Through the heavy clouds of white smoke from the burning incense, we watched as worshipers bowed at each temple in front of statues of the Buddha that represented the past, present, and the future. Even though the temple was packed with hundreds of people, there was a sense of serenity, as each Buddhist worshiper took a moment to stop, reflect, and pray.

Chinese buildings are often designed to reflect “graded intimacy;” as you move from the front to the back of a building, you enter into the more private and important sanctums of the structure. This was evident as we slowly moved toward the North end of the temple complex- the buildings gradually became larger and more intricate. A highlight was entering Hall of the Wheel of the Law, the building where monks used to study. Imagine seeing rows and rows of low tables on the ground surrounding a statue of one of the famous teachers of a school of Tibetan Buddhism, all lit by diffuse light coming in through a small window in the ceiling. But the nothing could compare to the The Hall of Boundless Happiness, located at the far end of the temple. Inside this hall stood a 18 meter tall Buddha, carved from a single piece of wood, gently holding a long piece of cloth. Seeing this massive statue, an emblem of the devotion that people felt hundreds of years ago and continue to feel today, allowed me to experience an aspect of the rich history and culture of China firsthand. 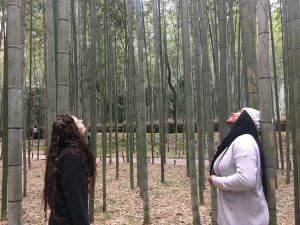 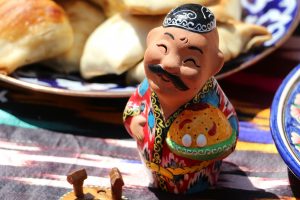