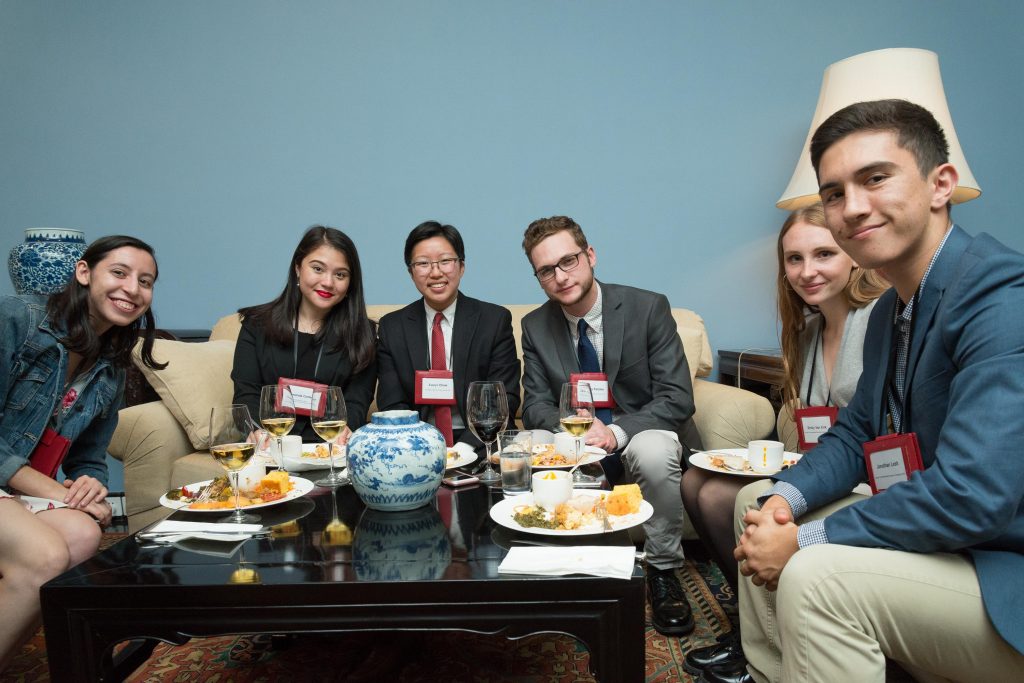 US Ambassador to China, Terry Branstad Hosts American Students and Educators in Beijing with Project Pengyou and the US-China Strong Foundation

Beijing, Oct. 20, 2017 – Last Friday, U.S. Ambassador to China, Terry Branstad, welcomed nearly 100 guests into his new Beijing home for a welcome reception with Project Pengyou, the flagship program of the Golden Bridges Foundation, and the U.S.-China Strong Foundation, to stress the importance of people-to-people exchange for the future of U.S.-China relations. 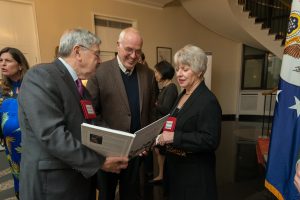 Now five months into his appointment as U.S. Ambassador to China, Branstad is a longtime “friend of China”, having famously offered Midwestern hospitality to current Chinese President, Xi Jinping, in 1985 when Xi was visiting Iowa as a county party secretary of Hebei province. Branstad served as governor of Iowa for 22 years and four months, during which he remained friends with Xi Jinping and visited China twice before his appointment as Ambassador to China.

To the students and educators representing over 35 different institutions including The Beijing Center, gathered at the reception, Branstad emphasized the opportunity they each have to be “ambassadors” and thanked everyone who was present for their part in building this important bilateral relationship. He said, “How well your generation understands China will make a big difference in how successful we will be working together in the years ahead.”

Holly Chang, Founder of the Golden Bridges Foundation and Project Pengyou, underscored the vital role of current and past Americans studying abroad in China. “Three years ago, I gave some remarks to many of you in this room, and I quoted a statistic that out of 1000 American students in college, only 1 decided to study in China. Today, only 1 in 1600 Americans in college will study in China.”

Branstad urged the students. “Get to know the Chinese people from all walks of life – I guarantee the experiences you have will be very transformative”. Branstad also noted that he had a personal goal to visit every Chinese province at least once during his tenure. 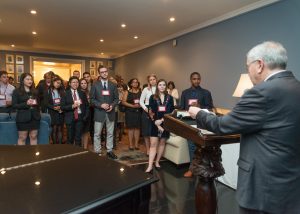 President of the U.S. China Strong Foundation, Travis Tanner, echoed Ambassador Branstad, “I encourage all students to not only take advantage of every opportunity you have while you study, live, and travel in China, but also to persuade your classmates, friends and family members back in the United States to follow in your footsteps.” Mr. Tanner extended an invitation to all students in attendance to join the US-China Strong Student Ambassador Program. 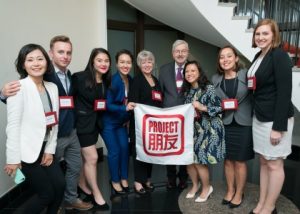 Branstad also noted that the U.S.-China relationship is consequential for not only our two countries but also for the world. He said, “If we can build win-win relationships, it will not only benefit us but the entire world.” Branstad also thanked Project Pengyou and the U.S.-China Strong Foundation for long-term efforts to build a community to foster people-to-people diplomacy and friendly relations between the United States and China. “These two groups helped prepare and sponsor this event tonight, and are making great strides to bring the U.S. and China together starting with students”.

In closing, Holly Chang remarked: “We are all so incredibly privileged to have a leader with such vision, humility, and grace to serve as our highest ranking American diplomat in Beijing. While your tenure has just begun, your legacy and impact on this relationship is already significant and historic and we know will continue to build in positive ways.”

Project Pengyou (“Pengyou” means friend in Mandarin Chinese) is a flagship initiative of the Golden Bridges Foundation that fosters U.S.-China youth leadership. Conceived in 2011 as a public-private partnership with the State Department to build a global community of Americans with firsthand China experience, Project Pengyou has since trained over 200 youth leaders and launched over 50 Project Pengyou campus chapters across the United States to empower young Americans and Chinese to serve as active U.S.-China bridge-builders.

Backed by funding from the Ford Foundation, Project Pengyou chapters organize events and national U.S.-China youth campaigns, with a growing footprint in coastal and interior states, including New York, California, Kentucky, and Iowa. In addition, Project Pengyou maintains a dynamic online resource hub with over 7,000 members, and hundreds of China related jobs, events and exchange programs. 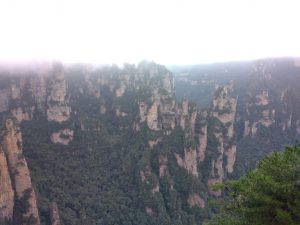 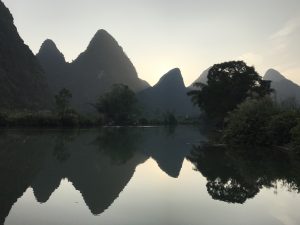