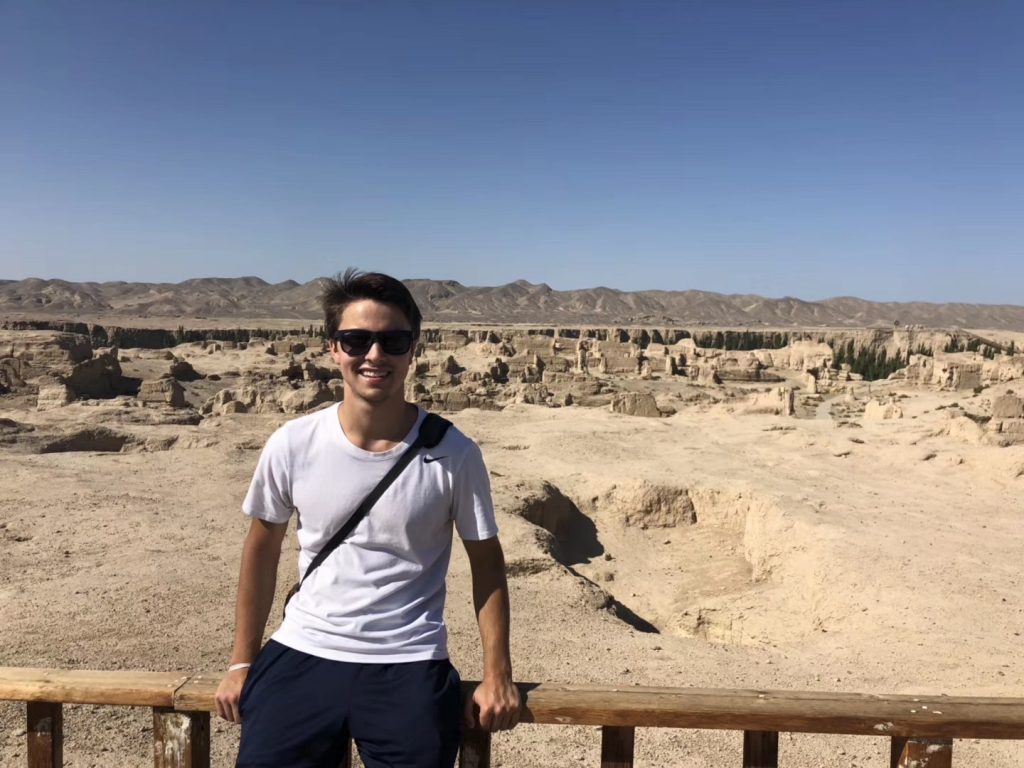 THE SILK ROAD – the most famous, by far the LONGEST, and arguably the most influential trade routes in the history of the world. Just let that sink in for a minute, and then you can go ahead and keep reading.

In the middle of summer, I decided to do some research on what my Fall semester studying abroad in China would look like. Immediately, as I’m browsing through The Beijing Center’s official itinerary, I see the words ‘SILK ROAD EXCURSION.’ At this moment, I very clearly remember thinking to myself, “Oh yeah! The Silk Road. I know what that is! I learned about it in my 5th grade geography class… cool.”

Did I know then, that I would be on this road for a total of two whole weeks? And, did I know then that I would be vigorously traveling well over 2,000 miles and visiting 6 cities across China? Did I even know where this Silk Road was? To answer these questions: Nope. Not even a little bit.  My first expectation of the Silk Road, was a road where people used to trade a lot of silk. Trust me, I now see how wrong I actually was.

During orientation week, they showed us a sneak peek into what we would be doing where, and to help prepare us, TBC gave us a Trip Bible, with tips and itinerary info. Afterwards, I had so many questions and even more expectations about this insanely fun looking trip. I wanted to skip the next three days and just hop on our first train right then and there. I couldn’t even pronounce half of the names on the list of destinations, but I was ready to go.

Soon after, we finally made it to the morning of the first leg of our trip. Despite getting my debit card stolen THAT morning, I was ready for two weeks of intense travel across China. So with only 1000 RMB (which is only $144 dollars) in my pocket, we left Beijing.

After the trip started, I was fully ready to have my mind blown by fantastic sights, delicious food, and new and unique cultures. Going into it, I had so many expectations and a relatively clear idea of what I was going to see and do. But, what I found out was that, this trip lived up to so much more than 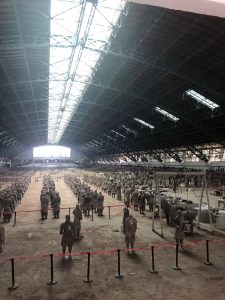 what I had expected. I was seeing landscapes of low valleys and beautiful farm lands. I got to visit historically ancient cities like Xi’an, and stare across the vastness of the 8th Wonder of the World, The Terracotta Warriors. I got to eat regionally famous food as I sat along one of the longest most powerful rivers in the world, The Yellow River, in Lanzhou. All these things completely took me by surprise and we hadn’t even been through half of our trip yet.

As we ventured further, our group climbed in altitude as we made our way towards Xia’He in the Tibetan Plateau. Home to not only one of the largest monasteries in Tibetan Buddhism, but also one of the most beautiful landscapes I have ever seen in my life. 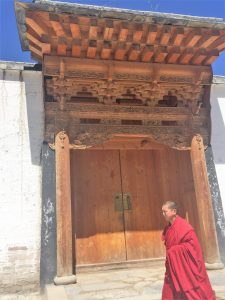 After climbing the local mountain range at around 11,000 feet, the view literally took my breath away. I got to see the daily life of Buddhist monks living at the Labrang Monastery and shared dinner with a local family. Our group bartered with street venders as we got to see hand crafted artistry, jewelry, and clothing. I learned the valuable lesson to not trust just any old chicken sandwich, and that Xia’He runs on Yak butter (go on the trip and you’ll know what I mean).

I had many more experiences like these along the Silk Road, but one in particular came to me out of nowhere during our last and final stop in Kashgar. As our group was given free time to explore the famous marketplaces within the city, I found myself alone, shopping for jade along a popular street market. I spotted a beautiful bracelet with a price tag of almost 400 RMB. At this point during the trip, I had been running on basically 5 US dollars. I had gotten a loan from one of our trip coordinators for the amount of the bracelet, so I had to do everything I could to get the price down. The only catch was that, I wanted to customize this bracelet and put a different pendant on it than the one it originally had. This was going to cost even more.

I was determined though, and at the time nobody was stopping me. So I began to throw out the lowest numbers I could in Chinese and tried my hardest to lower the price. Five minutes turned to ten minutes, ten minutes turned to thirty. Eventually, the seller invited me into their store from out on the street and I realized that there were two other people inside: The owner’s wife and a little boy no older than nine. I quietly nodded and gave a smile to the boy and he very shyly smiled and clung to his mother as she completely reworked my bracelet.

My heart rate began to go back to normal as I was winding down from my intense negotiation. Eventually, calm again, I realize that I’m standing in someone’s home. This place that can barely fit me and one other person is a small family’s house. I looked at the boy and asked his name. With a child-like skip, he ran over to me and told me who he was. After that, both his mother and father introduced themselves very politely to me. As the boy grew less and less shy and more comfortable with me, he started helping ME bring the price down even further. The parents and I, both found this extremely funny and at that point we were all laughing.

When the bracelet was finished, I stayed and continued to socialize with this sweet little kid. He had so much energy and happiness, I could tell that I was making his day and he was making mine. When it came time for me to leave, I realized that a whole two and a half hours had passed since I had first walked into their store, and I hadn’t even realized.

As I was leaving, I got invited back to their house the very next night for dinner and watermelon, and sure enough I went. This time I was invited into their living room, past the jewelry store part of the house, and once again on this trip, I was astonished. The room that me and my roommate back in Beijing share is three times as big as this entire house. There was a small couch, a sink, and a small coffee table in the middle of the room. In total, it was probably twelve by twelve feet. The boy still had so much excitement just that I had come back to see him. After the mother and my new friend served me watermelon, he walked me around the street, even at times grabbing my hand and leading me along into his favorite shops. I had to leave this happy little boy that night though, and I’d be lying if I said it didn’t make me tear up a little as I waved goodbye. 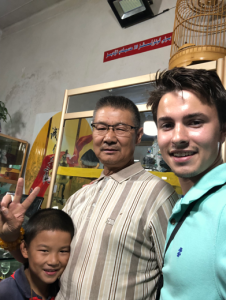 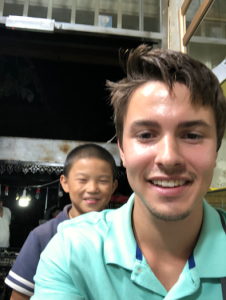 My experience in Kashgar, in a way, sums up the Silk Road for me. I’m so glad I didn’t just “window-shop” throughout this trip. If I had, I wouldn’t have even scratched the surface of the potential experiences that this adventure has to offer. I would’ve never been able to add their family phone number on WeChat and talk to this little boy still to this day. I think that if you do choose to grasp at these experiences, they may just change your life a little bit.

They didn’t put any of this in the Trip Bible though. I mean, how could they have?  Even if they did, I wouldn’t have known because (I realized on the first night), I left my Trip Bible back in Beijing. So in conclusion, if I were to make my own, it wouldn’t be thirty pages and it wouldn’t have too much advice. It would just have one line that reads, “Capture This Experience, Because It’s Well Worth It!” 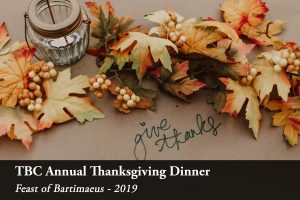 Don't Miss Out On A Bethel Service Trip