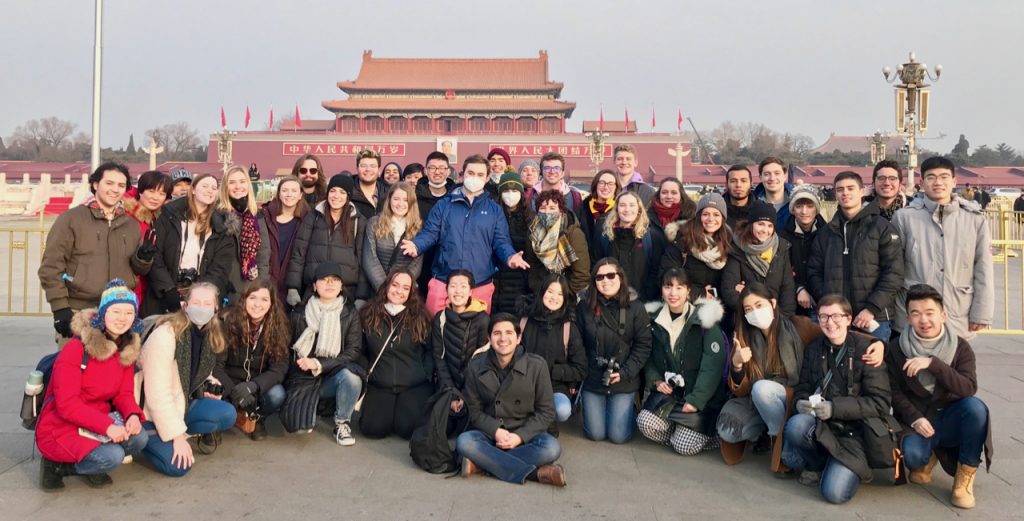 The First Two Weeks in Beijing

When I left Chicago a lot was going through my mind. I was going to a country that I had never been to before, and one that not very many American students wanted to study abroad in, at least compared to places in Western Europe. After the fourteen hour long flight was finally over the plane landed at about 4 PM Beijing time. After a long taxiing to the gate I got off and walked to customs, and then baggage, and then out to meet the kind people who would be taking me and the twelve other students who arrived that evening to the University of International Business and Economics, the University where The Beijing Center was located. It was only a twenty-five minute drive and finally we had arrived to the school we had up until now only seen photos and videos of.

The campus is massive, the size of a small town in fact. We were all given maps along with instructions on how to use WiFi and other utilities that would be necessary for daily life. After everyone finally got to their rooms and settled in a bit, we woke up bright and early for orientation. Orientation lasted for a full four days and covered topics that ranged from how the classes would be structured to how to live life and get necessities in Beijing. During those four days there were also optional excursions one could go on with the group. For example, the third night virtually everyone went to downtown Beijing to see an acrobatics show and stop by a very nice mall along the way. The trip was also a good chance for anyone who was unfamiliar with using the Beijing subway system to learn how to use it. The experiences that were afforded to all TBC students were very effective at getting everyone accustomed to life in Beijing.

After we went on one last trip as a group to Tienanmen square and the forbidden city, our classes began. Classes at TBC are much like classes at Loyola, except they typically contain about a fifth of the regular amount of students. My entrepreneurship course consisted only of me, two Colombian women, the professor, and his wife for the first class. The experience is a lot more intimate than classes that have fifty or more people. These amazingly small class sizes make you feel like you’re at a small private school rather than a large school like Loyola. After the first week of class was finally over it was nice to have what felt like an actual break. The first two weeks of my time in Beijing were filled with fun, new experiences, trying new foods, and an interesting bathroom in which the shower, toilet, and sink share the same space, which is nice because it’s now very easy for me to clean the bathroom. I’m excited for what’s to come  and will keep everyone who reads this blog posted. 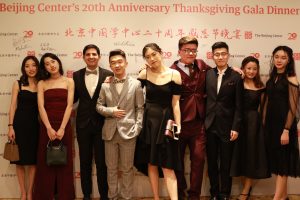 Stepping Out of My Comfort Zone 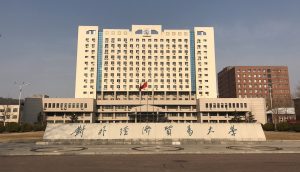