On Sunday, November 25th, TBC held its 20th Anniversary and Thanksgiving Gala to celebrate 20 years of promoting mutual understanding between China and the West through friendship, research, and exchange. 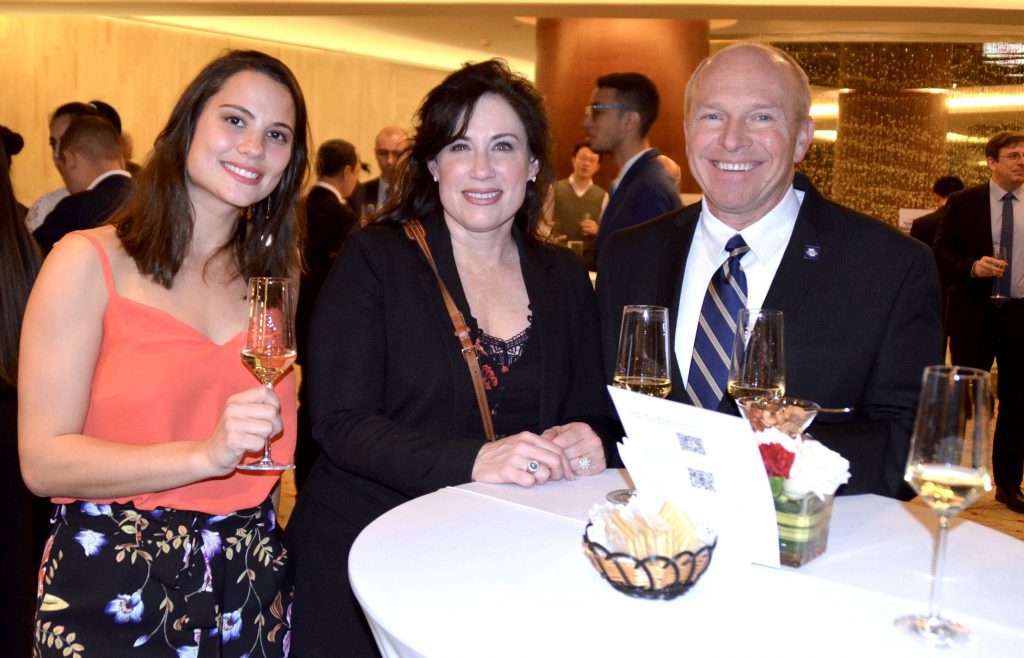 Our evening opened with a welcoming sparkling wine reception, where we saw many old friends brought together by TBC reunite, as well as new partners who are excited to join TBC’s journey of bridging cultures and nurturing friendships. With no short amount of hugs, kisses, laughter and posing in front of our signing wall, the reception room warmed up in no time.

An hour later, our main venue for the night, the Jade Ballroom at Kempinski Hotel Beijing opened, and people gradually got seated as some gentle jazz music presented by our live band – Lulu and Her Band played in the background. Our MC for the night, Jesse Appell from 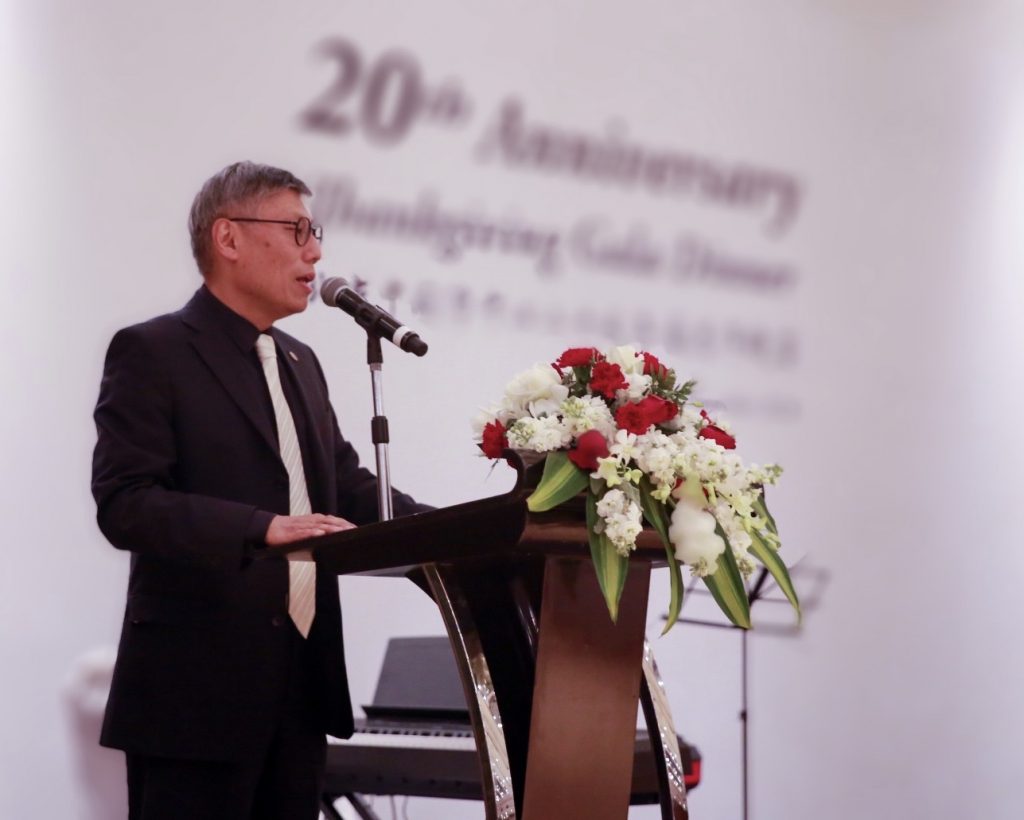 the US-China Comedy Center, welcomed everyone to the gala and introduced speakers for our welcome speeches, Fr. Mark Raper, The Beijing Center Chairman of the Board, and Zhao Zhongxiu, UIBE Vice President. Fr. Raper noted in his speech that it is important to continue to cultivate true friendships as TBC has done in the past 20 years between China and other cultures and to establish trust between peoples, especially in a world that is so challenged in the area of trust. President Zhao spoke highly of the cooperation between TBC and UIBE and reaffirmed UIBE’s commitment to a close and productive partnership.

After the first course, we welcomed TBC’s Wushu (martial arts) class to the stage for a performance. The Wushu course has been a part of TBC’s curriculum for many years and the professor, Howard Hao was a Chinese Roommate to TBC students more than 15 years ago. 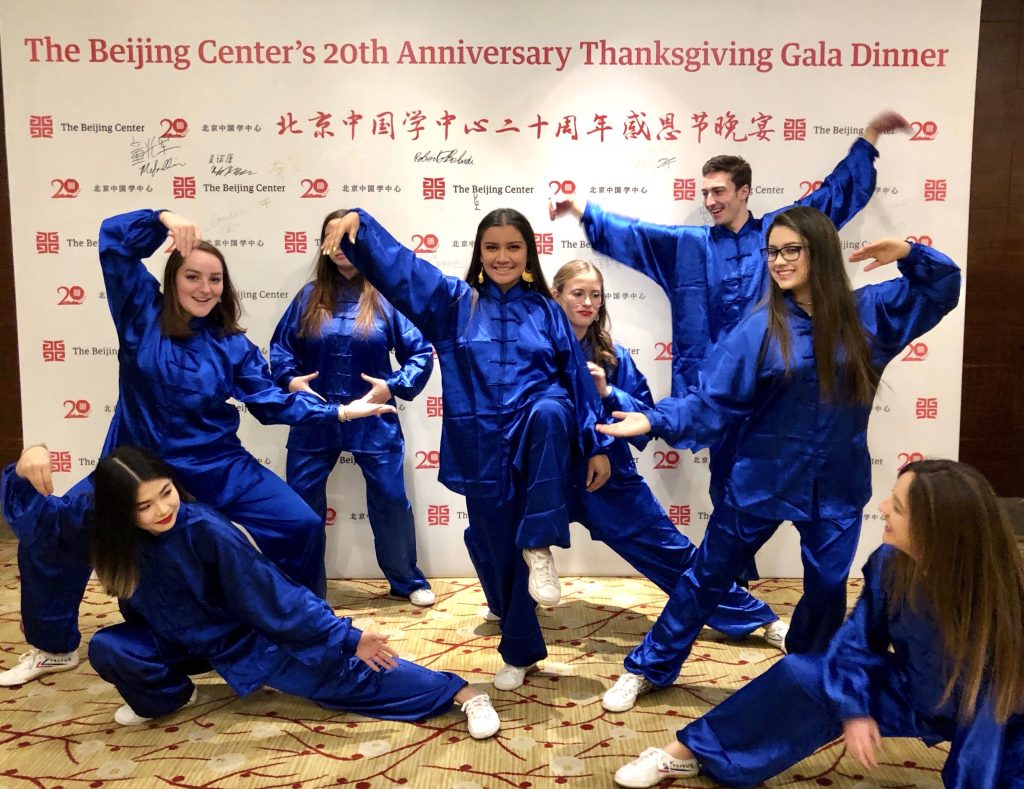 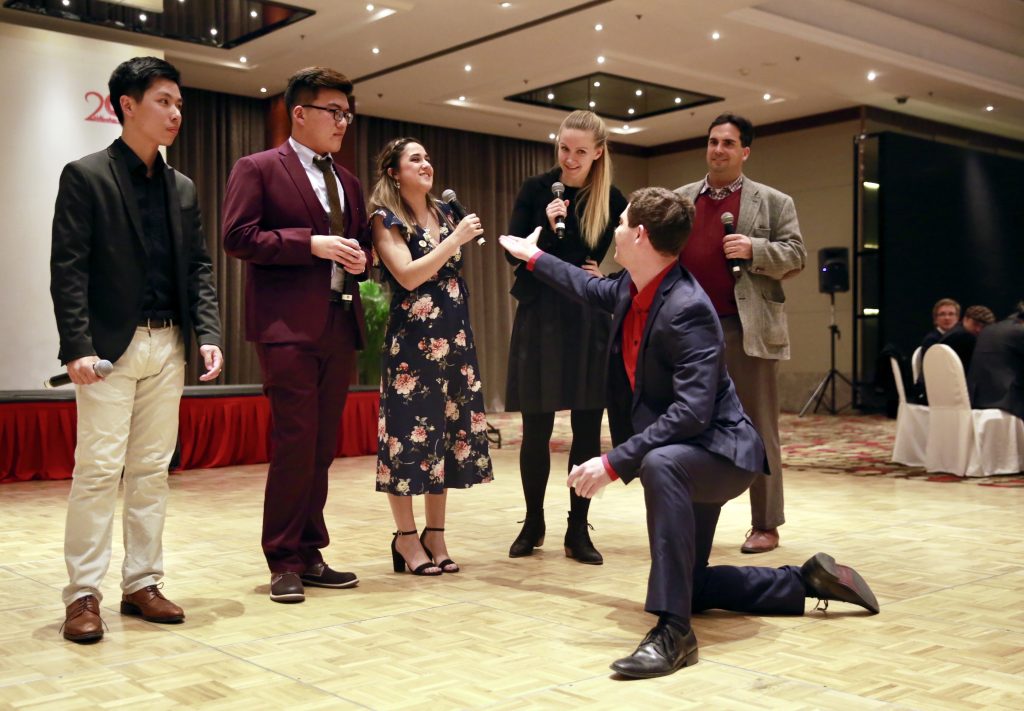 Of course, when your MC is a professional comedian, you should expect some quality comedy or your night would not be complete. After the main course, our MC Jesse brought out his comedy troupe to the stage and invited a few guests for some improv games. One of the highlights of the night was when our student Lindsey H, as one of the volunteers for the game gave a vivid portrayal in body gestures only of how one would murder someone with dog food. 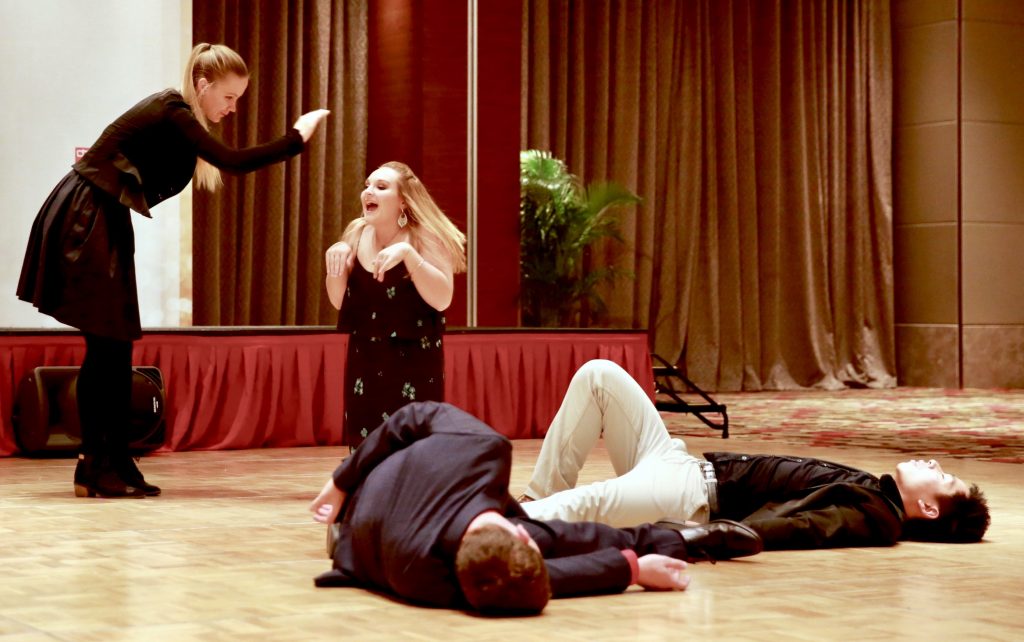 After the improv games, we welcomed Fr. Stephen Chow, Provincial of the Chinese Province, to the stage to thank everyone for coming to the gala. As people were about to finish their food, one of our Colombian students Catalina G stepped onto the dance floor and blew 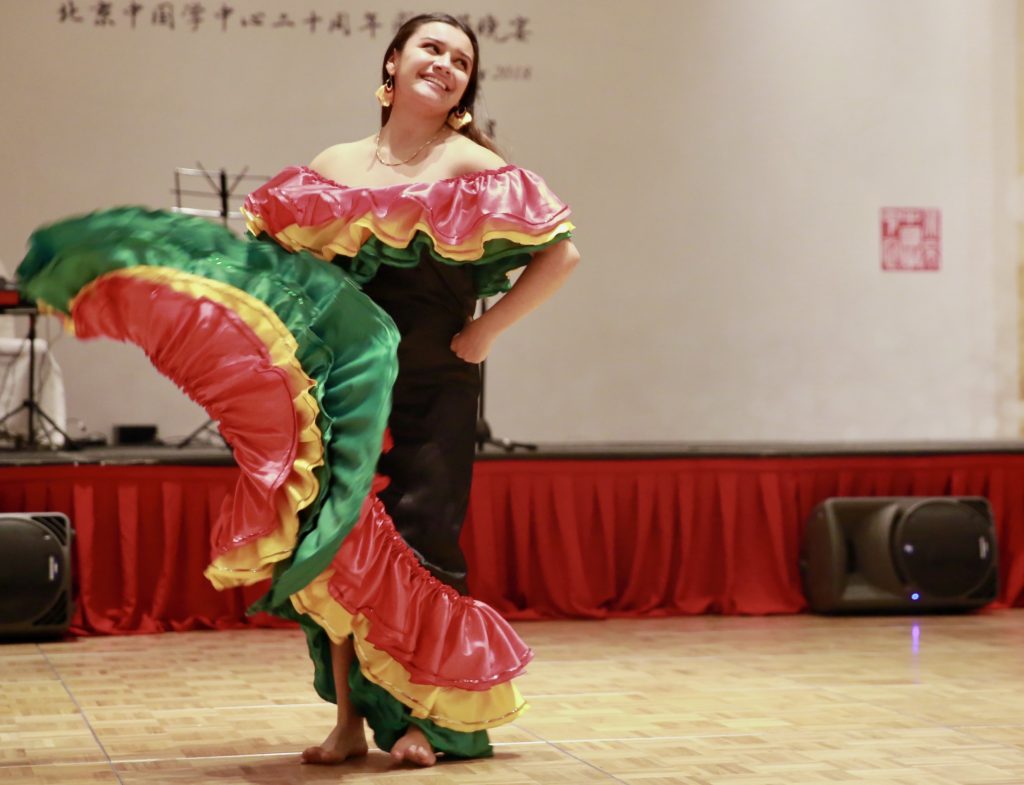 everyone away with her rendition of Cumbia, a traditional Colombian dance. After a few minutes, she went backstage. And just as Jesse started to tell people about the history of the dance, she came back out with a different costume and presented an even faster and more energizing dance. As her performance drew to a close, she welcomed everyone to the dance floor, and the background music changed to popular dancing tunes from a playlist created by TBC students. In music and laughter, an hour of waltz, swing and freestyle dancing capped off the night.

Check out all the photos from the event on Google Photos or OneDrive. 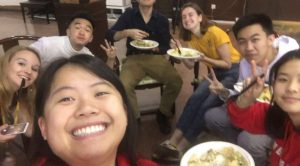