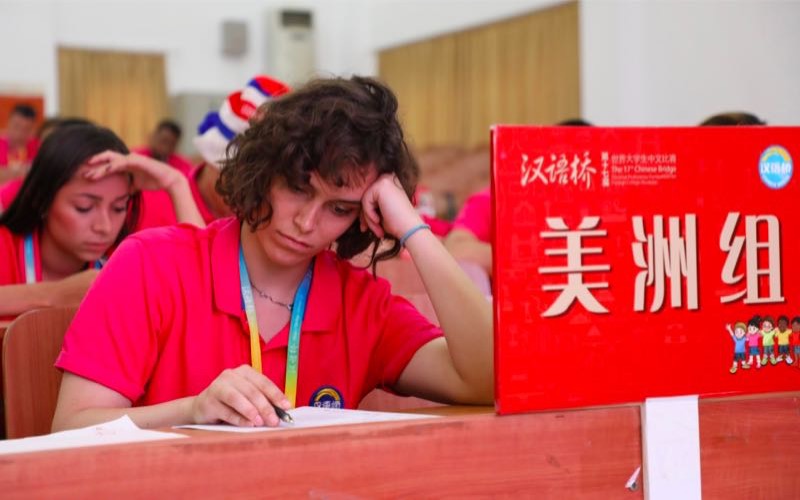 Student Interview: What it’s Like to Compete on Chinese National Television

Transcription of an interview with TBC student, Christina Conroy

I’m Christina Conroy, from Loyola University Chicago. This year I’m going to be a senior and I’m studying Chemistry.

What made you interested in coming to China over the summer?

That’s a great question. So I’ve been studying Chinese since I was 12, and in our middle school education, there was this pilot program to test if young students could learn Chinese at the same rate as they could learn Spanish, French, German or Latin, which were the other languages they offered. So I started studying at a young age and kind of kept learning and I decided that the only way I would get to be close to being fluent at Chinese is going to China, talking to Chinese people, listening to Chinese television and things like that. And then alongside that, I came here to see what career aspects I have as I come up on my senior year, cause I’m not sure what I’m gonna do with that Chemistry degree. So kind of a mixture of interest and opportunity and just challenging myself. 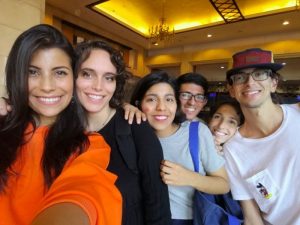 Group picture with the other Hanyuqiao Contests

You participated in a game show/competition called Hanyuqiao (Chinese Bridge). Can you tell us a little bit about the competition and how you came to be part of it?

So I became acquainted with the Chinese Bridge contest when I was in high school when my substitute Chinese teacher told me he was on it and I thought “well, that’s really cool” and I kind of just forgot about it. Then I was invited to participate in the regional competition by the Consulate General in Chicago. This year in April 2018 I participated in the regional competition and actually I didn’t win but ended up chosen anyway. And then Hanban, which is Confucius Institute’s official branding, sponsored all the contestants, of which there are around 150, to fly here from respective countries to compete on the world stage. Basically [the competition] is a tournament-style Chinese competition. Everything is in Chinese, no English or Spanish or any other languages and everything is in Mandarin all the time. It’s quite a challenge and it’s really exciting.

To record the show, you had to go to Changsha. How did you like it there and how is it different from Beijing?

I really liked Changsha. I think the southern region is climatically different. The weather is different there and the people are also different, but it has to do with a lot of different things. For example, the people that I interacted with were very international but that’s partly because they are working with foreigners and are college students and they want to be working with foreigners. So everyone had a very international outlook. But in Beijing, it felt very China all the time, which is not a bad thing. It’s the governmental center and historical center. And then you go to Changsha. It feels more local, but the people I interacted with were very international. So it was an interesting environment. And I liked the food way better in Changsha because I like spicy food. 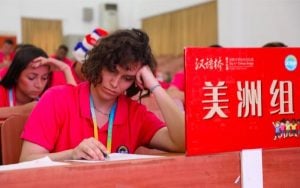 Christina taking the written test for the elimination round.

Agree that Changsha food is amazing. But how did you complete the competition and balance it with your internship? Were the people at your work supportive and helpful about this?

Yes, they were definitely supportive. I initially wasn’t sure how I was gonna balance going to school, going to my internship and participating in the competition. But I think that the general sentiment people have towards college students when it comes to opportunities like this is “just go for it”. They understand that I don’t have a stable job and that everything right now is a big opportunity for me, so they supported me. And when things got kind of hectic last week, when I was still in Changsha filming, my boss helped me change my workload and readjust my schedule, which was very helpful and I’m very thankful that they did that. Because they didn’t have to but they did.

What would you say was the best part of your experience during this competition?

That’s really a difficult question. I think my favorite thing was the studying with my peers and then the relief of being done with everything. There was this communal feeling even though some people couldn’t really speak Chinese that well in a colloquial sense. And then there are other people who are good at speaking who are not good at reading and writing. And when you sit next to someone and you are learning the same language, there is a level of depth there and we all just really poured our sweat and blood and tears into doing well and then when it was all over, we saw our friends move on to the next round or we saw our friends leave with us. It was just a nice feeling of kind of trial and triumph together. That was definitely my favorite part of it.

What would you say is your biggest takeaway?

I think one thing that I learned is that you should definitely try to stretch out of your comfort zone. I made some uncomfortable choices and I think it cost me points in the competition and even though the whole thing wasn’t about the grades and the competition, it taught me some valuable lessons. I think coming out of this I’m going to push myself harder in not trying to be the best at one thing but trying to be good at a lot of things.

Do you have any particularly memorable moments you want to share? Maybe one of the uncomfortable choices that you made?

Well, so one of my favorite moments that I’ll never forget is when I went to eat Pakistani food with my friend. They brought it from home and they just invited people over to eat it with them, and we were just sharing and it was just a bunch of friendly people getting fat together. And I was in the Americas team which included North and South America and we had a lot of Latinos in our group, and we would dance on the bus for more than 90 minutes there and back from filming, drenched in sweat, like completely gross. Makeup and hair all gone and we woul d get there and continue dancing in the room. And we would kind of share the energy with other people. That is super great. Anytime I hear any of the songs from the bus I’m like “YAAAH”.

Um, I think one thing is that if you spend a long time working hard at something, you should measure your accomplishment and it’s not necessarily about competing in order to win, but you can test your boundaries and see what you can really with what you learned so that none of it was a waste. 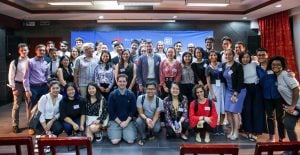 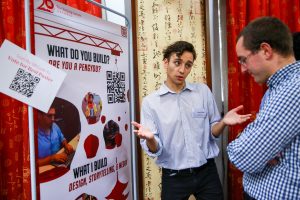