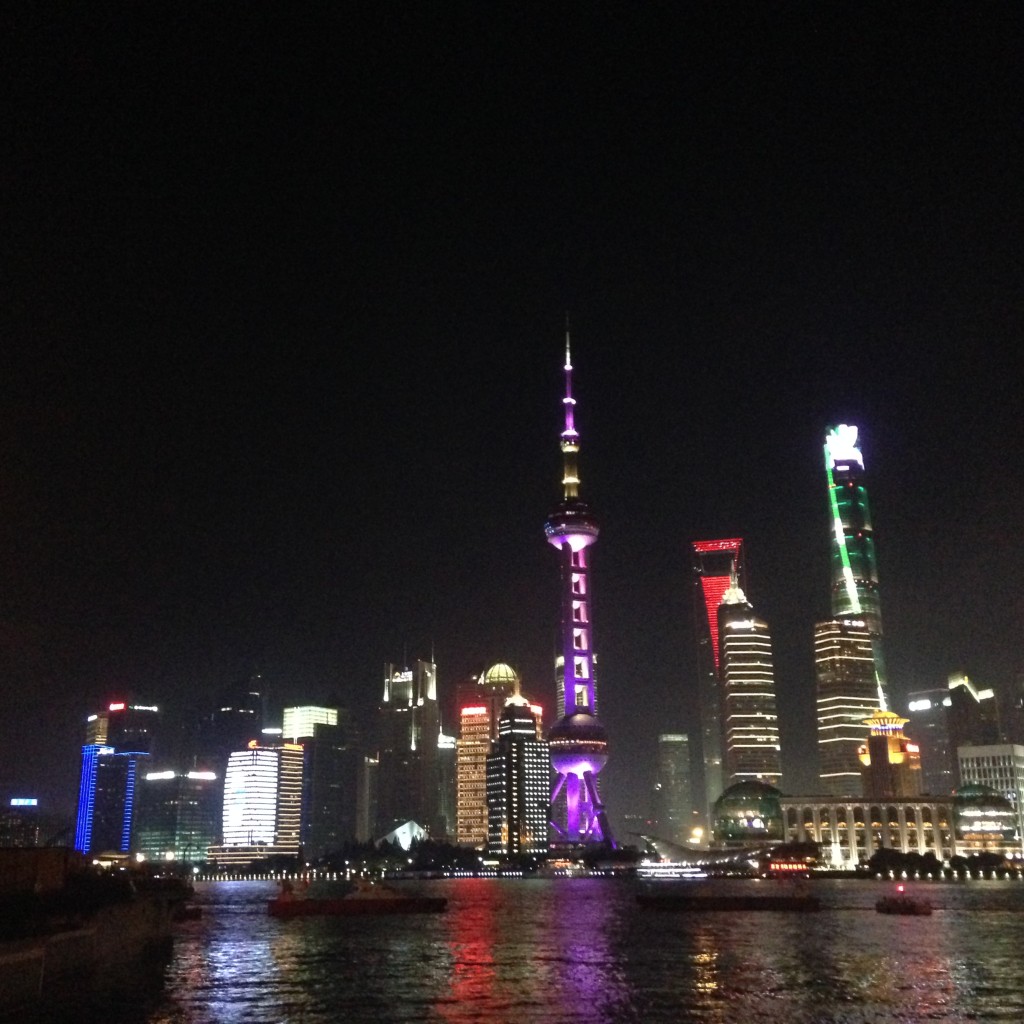 At the beginning of October, China had its National Holiday. This meant that we would have our first semester vacation! A group of friends and I decided that it was time to go to Shanghai and explore this popular metropolitan area. We booked flights and an Airbnb and headed down for a long weekend adventure.

When we first arrived in Shanghai we had to take a long taxi ride to where we would be staying. It was one of the most enthralling taxi rides I have ever taken. From a distance we could see the bright and colorful lights of Shanghai with a glowing red moon floating above it. I knew that one way or another this would be an exciting adventure. It was definitely a change from what we had been used to in Beijing. It seemed a bit more modern and not as chaotic as the capital city. Even the accents were different. Most of us had only an elementary or intermediate Chinese proficiency. One of our friends who is actually in the advanced conversational had problems understanding and communicating as well because he had been so used to the Beijing accent. Nonetheless we were able to use what we knew and get around without too much problem.

When we finally got to our Airbnb, we realized it was farther from the central city than we had hoped. But we knew there were cheap means of transportation to get there and we got the hang of it within the first 2 days of being there. The subway was very similar to that of Beijing. Our first day traveling into the city we decided to go around the financial district side of The Bund. The skyscrapers in the city were so magnificent. We walked by the Shanghai Financial Center, Shanghai Tower, Jin Mao Tower, and the Oriental Pearl TV Tower. Our friend Juice really wanted to go up to one of the tallest bars in the city. This was located in the Shanghai Financial Center. We sat down and enjoyed the limitless view of the city below and around us. Afterwards, we decided to head downstairs for some burgers at Blue Frog where we knew the food would be cheaper and delicious. What was one very nice aspect of being in Shanghai at the time was that since it was south of Beijing it was warmer than when we had left the city. So we enjoyed our dinner outside, with a glass of wine, and a burger in hand.

The following day we decided to explore The Bund more, so we took the subway to the opposite side of the financial district. We explored a very European area of the city that looked liked the streets of Paris. Our main goal in this part of the city was to find a famous bar called Boxing Cat. After we found it and enjoyed a drink and a few rounds of pool and foosball, we walked through an area with shops and even a Chinese Medicine store! 3/5 of us in the group are taking the Chinese Medicine class in Beijing so it was so exciting to actually come across the roots and herbs that we had been hearing about for weeks already! After our little adventure through the shops we continued walking until we reached the waterfront and saw the famous skyline of Shanghai. Even though we had been in the financial district the day before, to actually see it spread out in front of us was absolutely breathtaking and even magical. Even though I’m from New York City, sights such as the one we were experiencing never get old and are always spellbinding. For the next hour or so we walked along the water until we decided it was late and started heading back before the public transportation closed. 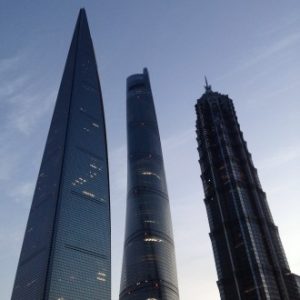 The last night in Shanghai, two of us decided to meet up with another group of friends who were also in Shanghai. They told us to meet them at The Vue bar up in the Hyatt Hotel on The Bund. When we got there we were informed that it was the #22 most famous bar in the world! We were all the way on top of the hotel with another aerial that was stunning, once I saw the view it was no surprise that this bar was famous. Unfortunately, we couldn’t stay that long in the city that night because our flight was the next morning at 8. We had also received a message from the rest of the group that they wanted to leave the Airbnb that night and go to the airport and spend the following hours waiting there. So we caught a cab and headed straight back to the apartment to finish packing our bags.

When we got to the airport we thought our adventure was over… but it really wasn’t. In one last turn of events we realized that our flight had actually been the previous day! We had made the mistake of missing our flight because we had poor Wi-Fi at the place we were staying so it was very difficult to check our information. Thankfully, we were able to quickly buy plane tickets for a flight that morning. It was extremely stressful, especially since we hadn’t slept the night. But we rebooked our flight, landed safely in Beijing, and crashed in our dorm rooms.

Even though we saw so much there was so much that we didn’t get to do there. Shanghai was an absolutely incredible city that I would love to go back to and see more of in the future.

HOW TO STAY HEALTHY WHILE STUDYING ABROAD 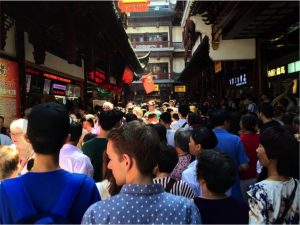