The first week of October is the Mid-Autumn Festival in China, a national week-long holiday.

Our TBC students utilized this period to explore distant destinations across Asia.  In the end, our TBCers settled in 5 locations: Bangkok, Tongling, Shanghai, Seoul, and Palawan & El Nido.  A member from each expedition describes the logistics of their travels below.

If you or someone you know is interested in visiting one of these locations, read over what our students have to say!  They offer useful insight and practical knowledge from their first-hand experience! 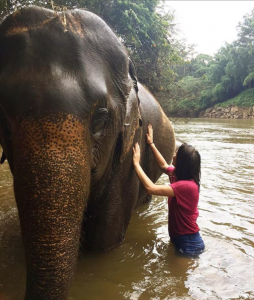 Our round-trip plane ticket was $430.

We used Thailand’s version of Uber which is called Grab. We used Grab a lot because we were too far to walk anywhere. Each taxi ride cost anywhere from 150-350 baht ($10). Pro tip: do not spend more than 400 baht on a Grab; they are trying to get your money at that point!

We went to a lot of street markets that were free entrances. The street food usually cost 30-60 baht and was some of the best food I have ever had. The souvenirs at the markets were negotiable.

We went to Wat Pho Temple which was a 100 baht entrance fee. Other temples in the area were 50 baht except for the Grand Palace which was 500 baht.

Our biggest expense was going to see the elephants at the sanctuary. The elephants cost less than 2,000 baht ($60). We booked last minute, so our only option for transportation was a Grab which cost $28 for a roundtrip.

Overall, everything was relatively cheap. We stayed 6 days but I wish I could have stayed and explored other parts of Thailand, especially the beaches of Phuket! 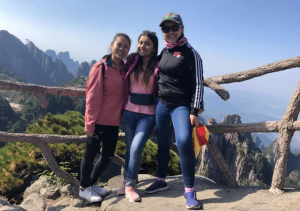 We found a hotel that was close to the train station, main city area, and the Yangtze River. The room was a total of 563 RMB ($81) each for 6 days and 5 nights. We got free breakfast, cleaning service, and great movie selections on the TV.

The trip to the Yellow Mountain was complicated and very last minute. The train tickets to and from HuangShan were 80 RMB ($12) each. We booked a hotel for 173 RMB ($25) each for one night. We bought a ticket package for the Yellow Mountain (bus ride, entrance tickets, and cable car), but there was some confusion. We spent 300 RMB ($43) between the package and the confusion. It was very busy at the bottom of the mountain at the end of the day, so we spent 240 RMB ($35) on taxis back to the hotel.

My group focused on exploring the surrounding area and getting to know the people and food; we barley spoke English the entire week. We only travelled outside of Tongling to go to the Yellow Mountain. We planned day trips of fun things to do throughout the week. 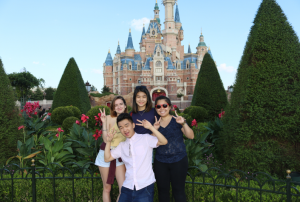 Our roundtrip Bullet Train tickets from Beijing to Shanghai were 1106 RMB ($170).

Our AirBnB was $80 per night for a nice two bedroom apartment that accommodated up to 5 people.

The restaurants and transportation on the rest of the trip were about the same price as Beijing. We ate well because it was holiday and averaged our meals at 80 RMB ($12) per person.

We went to a flair rooftop bar which is the highest rooftop bar in Shanghai; it has a breath-taking view overlooking the city. I highly recommend it, but expect to spend at least 150 RMB ($23) per drink. 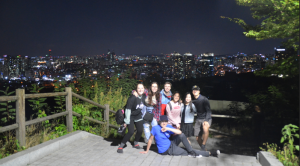 We found an AirBnB that was very close to the subway station (which made travel very convenient). The 6-bed room was $90 a night. The BnB included wifi, 2 bathrooms, and a kitchen.  It was a tight space for the 6 of us, but it brought us together.

We used the subway everyday which was about 1,000 Won (less than a dollar). We spent about $4 a day in transportation fees getting to-and-from locations.

Most of our money was spent of food. This was the closest we got to Western styled food; so, we all pigged out. I spent at most $50 a day on food.  I tried Korean Barbeque, kimchi, and bibimbap!

We did a lot of sight seeing that occasionally had an entrance fee. The only major entrance fee was 40,000 Won ($35) for Lotte World which is an indoor/outdoor amusement park.  We went close to Halloween, so the outside section looked like a haunted Disney World.

We went to see the Korean War memorial, the Han River, several night markets, and Gangnam, all for free!

My group researched things to do and planned an itinerary, so each day was full of fun. We stayed for 6 days originally thinking that would be enough time, but I wish it was longer. 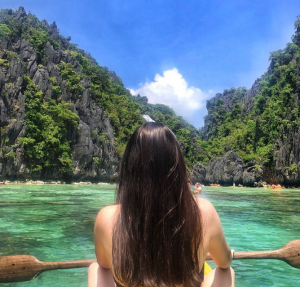 We went to Palawan (Puerto Princesa) and El Nido as well as the smaller islands near them. Our trip lasted 11 days.

To make it to Puerto Princesa and El Nido, we took a plane from Beijing, to Hong Kong, then to Manila. The round-trip cost $452.

We stayed one night in Manila, then took a flight to Puerto Princesa for $52. Puerto Princesa is the main city in Palawan and is where we first got to enjoy Pilipino culture with some Halo-Halo (famous dessert) and Tuc-tucs (tricycles) for 80 PH ($1.5) per ride.

There, we visited the Underground River. This river is one of UNESCO’s 7 Natural Wonders of the World, and it does justice to its’ name. Other plans in Puerto Princesa were going to Nagtabon Beach to do an Island Hopping Tour for 1,200 PH ($22). The Philippines is well known for having these day tours where you enlist one or two days before, visit beautiful islands, eat a Pilipino buffet and head back home.

After Puerto Princesa, we took a five-hour shared-van and travelled to El Nido for 500 PH ($9.25). This town has beautiful Island Hopping Tours, waterfalls, and scenery. You can walk most places in El Nido; the town is small. Its center is located in the port near the beach which is where all the nightlife and restaurants are. The delicious food varied in price between 180-300 PH ($3-6).

The places are not only great, but the people who take you there are always eager to help you, get to know you, and make sure you have the best time ever! The best part of going there was the disconnection from the world, being able to connect with the people and the Pilipino culture. Like they said there, “Life is as unexpected as El Nido wifi.” 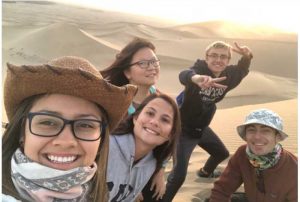 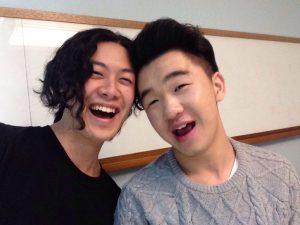