This past weekend we treated ourselves to a nice little post-midterms vacation … to Shanghai. (I’m really digging the one academic break a month life, though this was the last one so that’s kind of sad). Shanghai is such an international city that compared to Beijing, it felt like we weren’t in China at all. Walking down all the roads and seeing the tall skyscrapers all lit up and streets surrounded by modern buildings, the only thing that reminded me that I was in China was the food and the signs themselves.

Highlights of our trip included spending the day at the Shanghai Zoo, viewing the famous skyline during both night and day, going to the top of the 2nd tallest building in the world, and sleeping in an actual bed with a shower with actual hot water. Non-highlights include sitting on the highspeed bullet train for 5 hours smashed next to a sick girl one way and a man polishing his nails for 30+ minutes the other. 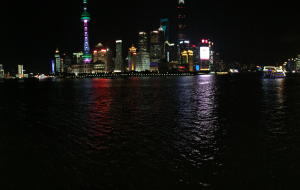 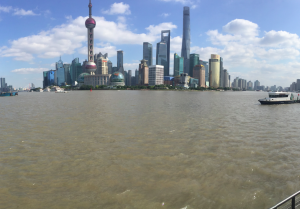 I hadn’t been to a zoo in such a long time, that it was fun to be a kid again. Additionally, the Shanghai Zoo boasts species that are super endangered and specific to Southeast Asia. Some of the animals we were able to see won’t be in existence in the next 10-12 years. What I found funny was the lack of regulations there were at the zoo. All the animal cages especially the pits where they housed mammals, we could get right up to … there was no real gate. Despite the signs saying don’t feed the animals, people at these zoos still fed the animals whatever they wanted. Below is a picture of someone literally pouring the Chinese equivalent of Gatorade into this bears mouth. Please note how close we were to the bear. 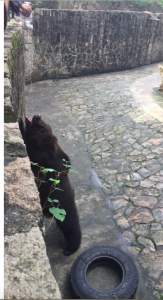 While Halloween in Shanghai was pretty anticlimactic, the views from the rooftop we went to celebrate it made up for it. It’s funny how Halloween is a holiday that is only celebrated by foreigners in China, so finding a costume is pretty hard. And I miss the whole American candy part of it as well.

We also visited Shanghai Towers which just recently opened up and is the second highest building in the world. It takes 55 seconds to climb around 118 floors which is just ridiculously fast. We went on a pretty clear day so they view was astounding. I live my life whether it be in Chicago, or Kansas City or I guess Shanghai now taking pictures of different views of each city, but I have to say this 360-degree walk around the building had to be one of the neatest. 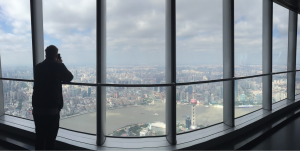 Some other fun facts:

Besides that, we had a nice more western vacation. But now it’s back to below freezing temperatures. So exciting.

Until next time … peace

HUGE SMILES AND LAUGHTER ON A SATURDAY MORNING 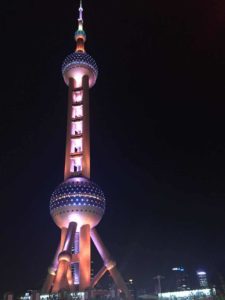