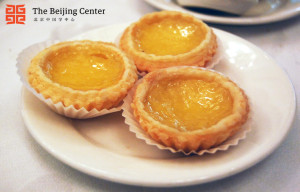 THE KING OF ALL SWEET TREATS

China is well known for its diversity of food dishes. This diversity leads to many local dishes based off of provinces in China, which may taste exotic to many foreigners. My all-time favorite Chinese dessert/snack is the famous 蛋挞 dàntà.

What is a dàntà exactly? Dàntà is basically an egg tart; it is a tiny pastry that can be devoured in one savory bite. This pastry can be practically found all over Hong Kong and any Asian bakery. These egg tarts are best eaten when fresh out of the oven, where its outer crust is flaky and its inner crust is soft and buttery.

There are two versions of the egg tart. The Portuguese egg tarts have a caramelized top and a less egg-like taste, while the dàntà is a Hong Kong rendition of the Portugese style, where they have more of a sweet egg-like taste (This one is my favorite).

According to the history of egg tarts, it was first found in Guangzhou, China. During the Opium War, European culture quickly impacted and influenced the Chinese market. This led to new kinds of pastries offered all around the markets.

You know you have the perfect dàntà when the crust has a buttery flaky texture and the yellow egg custard is sweet with a hint of caramel.

There are many bakeries outside of West Gate that carry this delicious treat…happy dàntà sampling! 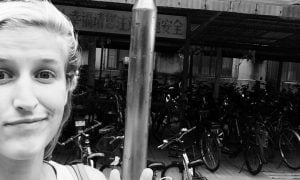 THE EXPERIENCE OF A LIFETIME 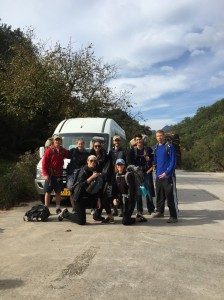