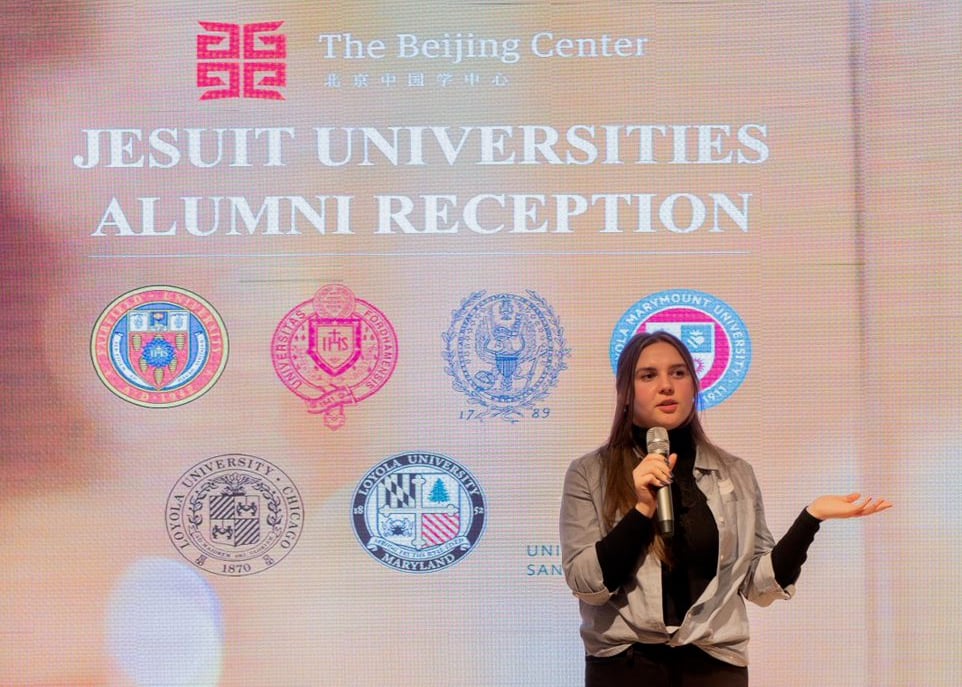 The night began with a Colombian coffee tasting from coffee master, Zhao Hui – “Uncle Bean” himself. Mr. Hui explained the three flavors of coffee and proceeded to welcome the alumni to taste each flavor. After tasting the delicious coffee, the alumni reception formally began with wine service, which provided the perfect opportunity for networking and exchanging academic and study abroad experiences.

While alumni enjoyed the food and company, TBC Executive Director, Dr. Simon Koo welcomed everyone for their participation and reiterated the importance of TBC’s mission of continued multicultural exchange.

Dr. Koo’s speech was followed by TBC–Loyola Marymount student Matthew Kujawa’s, and TBC–Loyola Chicago alum, Vukica Elenovska’s words to their fellow alumni. Matthew expressed his gratitude for having had the chance to be a part of the TBC community this year and hopes there will be opportunities for future reunions. Vukica emphasized the lasting impact of a Jesuit education and the importance of studying abroad and accepting other cultures.

For the duration of the night, the guests took turns transforming into animated versions of themselves, as sketch artist Li Peitai created a unique portrait of each guest. An exchange of photos and laughs was shared, as the guests compared portraits.

The night ended with the creation of new friends and in remembrance of fond memories of college days, with the excitement of future TBC reunions among Jesuit alumni and friends, to come.

In its architecturally unique Beijing facility on campus of University of International Business and Economics (UIBE), TBC hosts students and scholars to study the Chinese language, culture, and all things China in China.  Since 2002, TBC has partnered locally with UIBE, a top-tier Chinese public research university. Throughout the years, over 2,000 students have spent a semester abroad at TBC and approximately 300–400 per year come to TBC with short-term faculty-led programs from all over the world.

TBC maintains a research library with over 27,000 volumes in English, including rare books and maps, and hosts conferences, guest lectures, and seminars.  Considered to be the largest English language library about China on the mainland, TBC has hosted numerous scholars from China and worldwide to assist with their research. 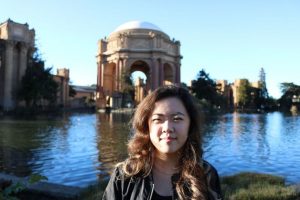 What Does it Really Mean To Be Chinese American? 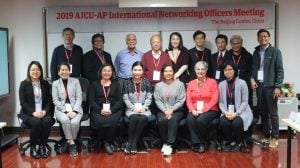