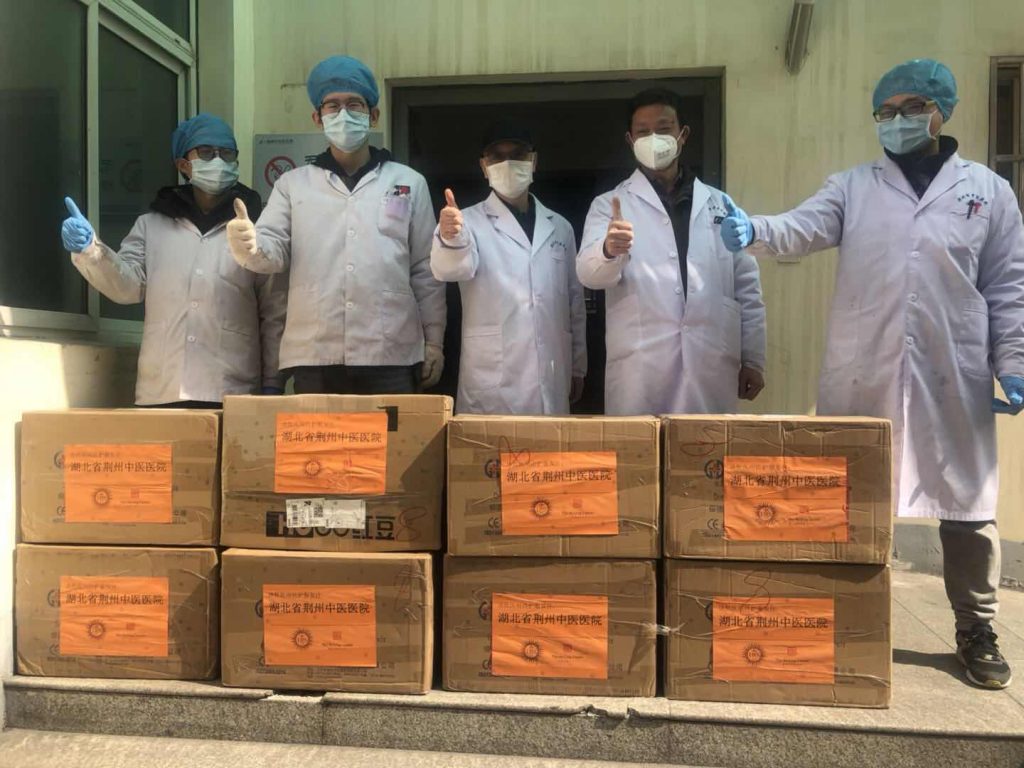 The Jesuit Conference of Canada and the United States donated 150 medical protective suits[i] to Jingzhou Hospital of Traditional Chinese Medicine in Hubei Province via The Beijing Center (TBC).

Jingzhou, a smaller city in Hubei Province close to Wuhan city, has been greatly affected by the novel coronavirus outbreak. Following a donation in February of N95 surgical masks by the Society of Jesus, The Beijing Center has coordinated a match donation from the Jesuit Conference of Canada and the United States to provide healthcare workers with medical protective suits.

Both donations were realized with the help of The Beijing Center, the Jesuit education center and intellectual hub founded by Fr. Ron Anton in 1998. “As part of the Chinese and Jesuit community, TBC is grateful to the Society for the generous support and to be able to bring together both communities,” Dr. Simon Koo, Executive Director of The Beijing Center.

[i]In accordance with medical and US FDA regulations, Personal Protective Equipment (PPE), such as sterile medical suits, are used to prevent the spread of infection if the wearer comes in contact with potentially infectious liquid or solid matter. The suits can be used for any risk level, in the ICU, the operating room, and when in contact with patients. Protective clothing is handled in a semi-polluted area, folded upside down, and disinfected each time it is worn. However, once the protective clothing becomes wet from perspiration, it can no longer be worn.

In its architecturally unique Beijing facility on campus of University of International Business and Economics (UIBE), TBC hosts students and scholars to study the Chinese language, culture, and all things China in China.  Since 2002, TBC has partnered locally with UIBE, a top-tier Chinese public research university. Throughout the years, over 2,000 students have spent a semester abroad at TBC and approximately 300–400 per year come to TBC with short-term faculty-led programs from all over the world.

TBC maintains a research library with over 27,000 volumes in English, including rare books and maps, and hosts conferences, guest lectures, and seminars.  Considered to be the largest English language library about China on the mainland, TBC has hosted numerous scholars from China and worldwide to assist with their research.