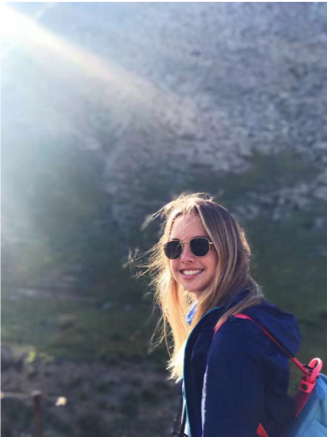 How China Helped Me Understand Who I Am

“Where are you from?” is a question I constantly dread. It is one of the most basic sentences we employ when meeting other people, and it can usually be answered with a simple: *insert country of origin here*. However, if I were to respond to my interrogators with a simple “Venezuela”, this would not come close to describing who I am; it would not paint the full picture of my identity. 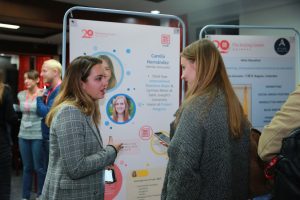 My father has always jokingly said that my brother and I suffer from a unique sort of “identity crisis”, and to an extent, I must admit this is true. There is simply no short answer to the question “Where are you from?” and my entire life I have never felt fully part of a single culture or identity, but rather constantly felt as if I were living “in between”. I have lived in five countries, I hold three passports and I juggle four languages. This is but the result of an upbringing and life experience that have been quite amusing, difficult, demanding and unique, to say the least, and which have made the idea of “home” a truly complex concept.

Change, quite paradoxically, has been the only constant in my life, meaning, as a child, this idea of “home” shifted every now and again as my family prepared to move once more to another country. With each new “home”, always came a new culture I was blindly thrown into and a change in the dynamics of my household, which usually involved a different language spoken with each parent in order to maintain our multilingualism: during the majority of my childhood we spoke English with our Venezuelan father, French with our Colombian mother and Spanish with the world around us.

This peculiar upbringing has inevitably shaped my perception of the world in a way that has been very holistic and open-minded, and it has instilled in me a fervent passion for foreign languages, which has led me to delve into the fascinating complexities of the German language, and which ultimately brought me to my latest destination: China.

China has been my second encounter with the East and my first attempt at a non-Western language (it’s an extremely slow work in progress). My interest in coming to this fantastic, overwhelming and exhilarating country was fueled by my curiosity to experience one of the richest and most riveting cultures and historical legacies of our civilization. In terms of my life abroad, it seemed as though I was undergoing a Socratic experience of “only knowing I knew nothing”. The more I traveled and the more I developed my knowledge of languages, the more I understood there was far more this world had to offer, and much I had yet to witness and learn. China was thus an attempt to expand my understanding of the world in a way that was more comprehensive. After all, how could I call myself a citizen of the world if I had only stood on one side? 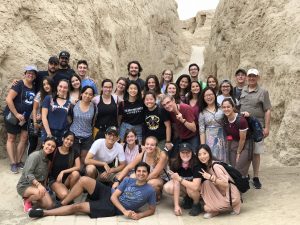 As such, I took this leap of faith which landed me in Beijing, the capital of this new land that would become my home but for a short five months. The experience of wandering through its buzzing streets on my own was overwhelming, exciting and humbling all at once. All of the knowledge and experience I had had until then served me no use. I could not even order the simplest of meals, ask for directions or even attempt to read any of the vivid neon signs written in a language of dancing and contorted figures. I felt lost, abandoned in a world where I had been reduced to what little my gestures could express. This was, nonetheless -and quite inexplicably so- a fascinating feeling. I had finally found myself in a corner of the world untouched by the English language, a place that still preserved its essence, which had not been greatly affected by the homogenization of modern society. I felt as though I had found a precious gem.

As my ears became accustomed to the sound of a language that portrayed no meaning to me, I felt the spark ignite inside me: China had me sold, and its language had enticed me. I was impatient to dive into this unknown world, savor every last 饺子 (jiaozi) [dumpling] and munch on the delicacies sold by screaming vendors on the crowded streets of this ginormous city.

Not only did my appetite grow in China, so did my thirst to learn about its fascinating culture and history, and its relationship with the rest of the world. As an international relations student, I had been thrown into books and books on European and American history, politics and economy. Non-Western knowledge remained a mystery to me, and I was frustrated with this narrow and one-sided perception I had of the world.

Nonetheless, it was not long before I finally had the answers that I sought, and I had developed my own mindset regarding China. A fascinating course on Chinese History, a challenging introductory course to Mandarin and an engaging internship with Project Pengyou offered me the possibility to delve into the wonders of China. These were three doors that led me through a road that would satisfy my curiosity and open my mind. A bumpy road nonetheless, it was a fascinating one to drive down. Reading about late Qing China, practicing my Chinese characters an infinite amount of times, and participating in the conversation on US-China relations proved challenging and riveting.

The first has allowed me to gain a greater understanding of the rich history that is so engraved within Chinese culture today, it has allowed me to understand the why’s of the societal differences I encountered throughout my travels in China. Whether I was reading about the intellectual pursuits of the Qianlong Emperor or the Taiping Rebellion (history’s deadliest civil war), I was understanding China’s past, comprehending its present and ridding my mind of silly preconceptions.

Learning Chinese has provided me with limited yet useful tools to communicate with those around me; thanks to the few words I can pronounce I have made fascinating acquaintances in the simplest of places: a little boy who asked where I was from on an overnight train to Xi’an, a joyful couple on a tour in Dunhuang who insisted I looked Russian, and a small woman on an elevator who kindly called me 漂亮 (piao liang) [pretty] with a wrinkled smile. 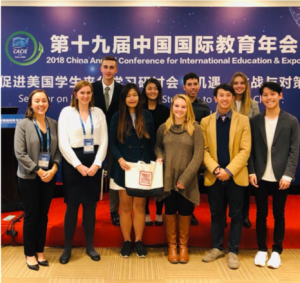 Camila with Project Pengyou at 2018 China Conference for International Education

My time working with Project Pengyou has provided me with the opportunity to build my own personal story with China and, much to my surprise, to further understand who I am as this mismatch of cultural identities. At Project Pengyou I found myself once again at the middle ground between two cultures, none of which I can say is my own. And it was precisely in the task of bridging two seemingly different worlds together, that I found a little place of my own. Relating the United States to China, working to find the common links that make these two great nations more alike than I had imagined, I came to realize the unique position I hold in this increasingly interconnected world. For the majority of my life, not fitting into a specific box or identity was a frustration. I wanted to understand who I was, and I felt I could not do that until I could define where I was from. Here, I have come to understand that there is much more to who I am than where I was born or where I grew up, and I have learned that this unique life experience offers an invaluable opportunity to act as a cultural intermediary.

Indeed, my experience in China has truly allowed me to understand myself a little better. I now know that wherever I go, the very fact that I myself am a puzzle of different identities offers me a unique lens through which I can see the world, and this, I feel, gives me the great opportunity and responsibility to connect people and places together. 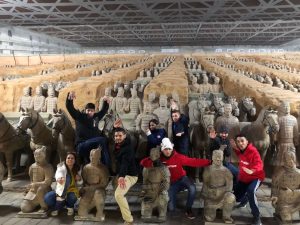 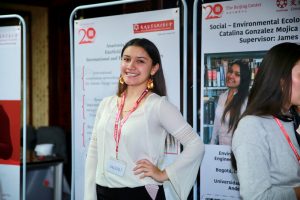