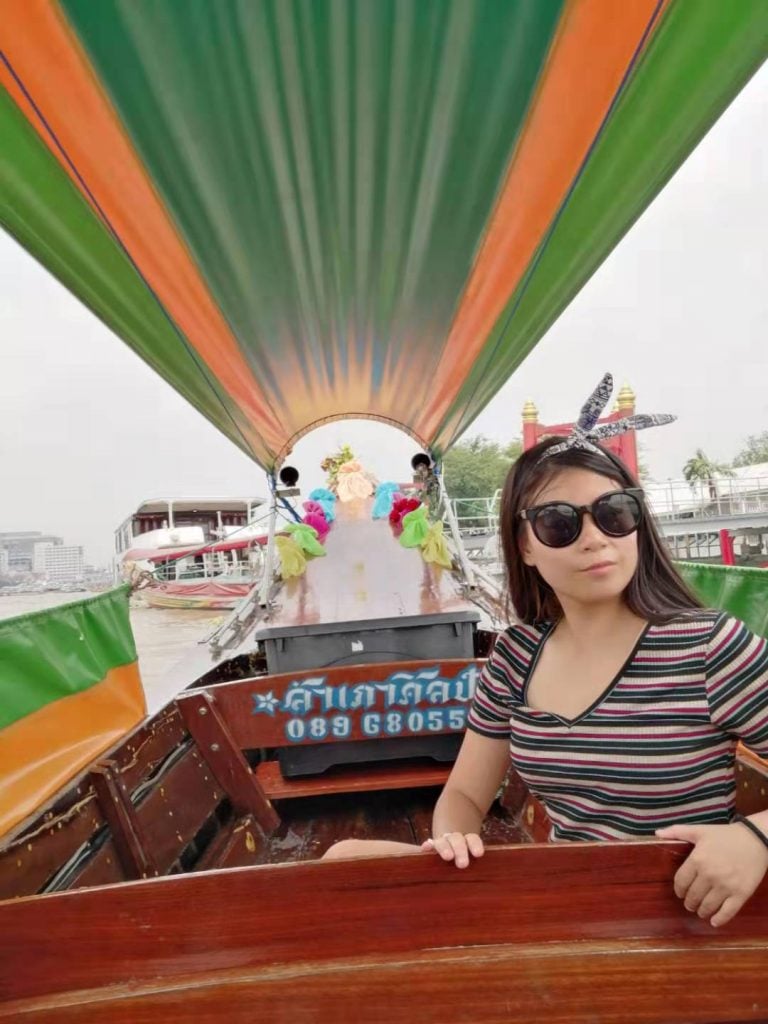 Golden Week in the Golden Countries of Laos and Thailand

After embarking on the Silk Road, going on a trip consisting of living out of your backpack, eating street food, and always being on the move, I knew this is how I wanted my Golden Week to pan out. As the semester hurled its way closer to Fall Break, me and a few others came to the same conclusion: we wanted to travel as far and as efficiently as we could. So, on September 26, four of my good friends and I took a short Didi to the Beijing Airport and began our adventure backpacking through beautiful Laos and Thailand.

We began in Vientiane, Laos.

Here, I came to love the food after we found a really nice lady who made us ramen and vermicelli out of her restaurant in a garage. I can honestly claim that this was one of the best soups I have ever had. We learned that these kitchens in garages were really common and had some of the best and cheapest food in both Laos and Thailand. The soup was only around 1.50 USD. Here is a picture of the lady in Vientiane.

We saw many temples that were intricately detailed with vibrant colors. Throughout Laos and Thailand, we couldn’t stop looking at these magnificent temples!! The insides were covered in paintings and incense.

The hostels were overall really cheap, costing as little as $6 a night. Admittedly, some did have complications; the first hostel we stayed in had a bug issue, but we only stayed there for one night. Other hostels we stayed at would accommodate us with our own room we shared as a group, and in others we would share a room with complete strangers. All in all, we felt pretty safe, as the doors could be locked and if you brought your own lock you could stow away your valuables. We mainly just carried our luggage everywhere with us (which I recommend), so this wasn’t much of a problem. Many of the hostels also included a free breakfast so it was a huge bang for your buck!

The food was also amazing. From fresh smoothies and milkshakes, to mango sticky rice, to various curries, to street food Pad Thai, to every variation of beef and noodle soups you could imagine. All this for barely over $5 dollars at most. I really loved the fresh mangoes ($1 – $1.50). The street food was extremely cheap; you could get a whole box of Pad Thai for only $1. If you’re a fan of grilled seafood and papaya, Thailand has some of the best for close to nothing. Restaurants were comparatively pricier to the street food, but again still dirt cheap (only $5 – $10).

In the Luang Prabang Province, we visited a beautiful waterfall for the day. It was super cold, but the sights were stunning. We took a bus out there in a group from our hostel for only $6 and had a great day. Also, we hiked out to a temple in the middle of the forest in Chiang Mai. I loved this part of the trip – just remember to wear conservative clothing when going!! We rented a boat ($8/boat) in Bangkok and it took us around the canals, where we saw some of the houses on the water which was really neat! We also saw wild kimono dragons!

Here are some pictures of Koh Tao. The island is gorgeous, and the weather was fantastic even in fall. It wasn’t too pricey, but it was slightly more than the mainland, but again, most food was under $10 so it wasn’t too bad at all!!!

The water was clear and blue, so if you go snorkeling you can see some amazingly cool fish. The island has a lot of hills so prepare for a lot of walking or get a taxi wherever you go. All in all, though, this was an amazing destination to end the trip!! 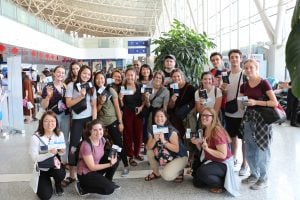 My 21st Birthday in the Philippines (AND Two Other Countries): Golden Week Experience 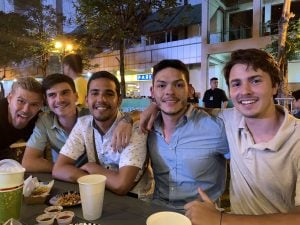