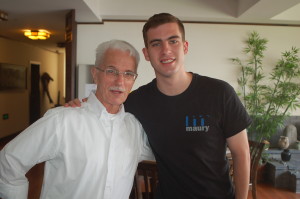 During the closing ceremony for the spring 2015 semester, TBC’s Dean of Academics and Faculty, Russell Moses, addressed the students for a final time. When thanking certain faculty members, Dean Moses described TBC’s Academic Advisor, Fr. Eugene Geinzer, SJ as “the heart of TBC.” In my opinion, this could not be a more accurate statement.

One of the reasons TBC is such an incredible program is because of how personable and approachable the staff is. No one embodies this more than Fr. Gene. Being a professor and Academic Advisor at TBC, he has plenty of contact with students right when the semester starts. This past semester, he instantly became a favorite.

Every Sunday, Fr. Gene, along with TBC Director, Fr. Jim Caime, would offer mass to the students in their apartments. Coming to China is obviously a huge transition but being able to celebrate the Eucharist every Sunday with friends was extremely comforting. These gatherings became very intimate for those of us that attended regularly. Fr. Gene would also join us for dinner afterwards almost every Sunday. Even though he is about 50 years older than us and a professor, he was one of the easiest people at TBC to become friends with. TBC would not be the same without him. 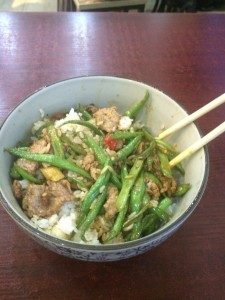 HAVING A CHINESE TUTOR 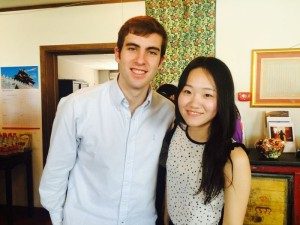