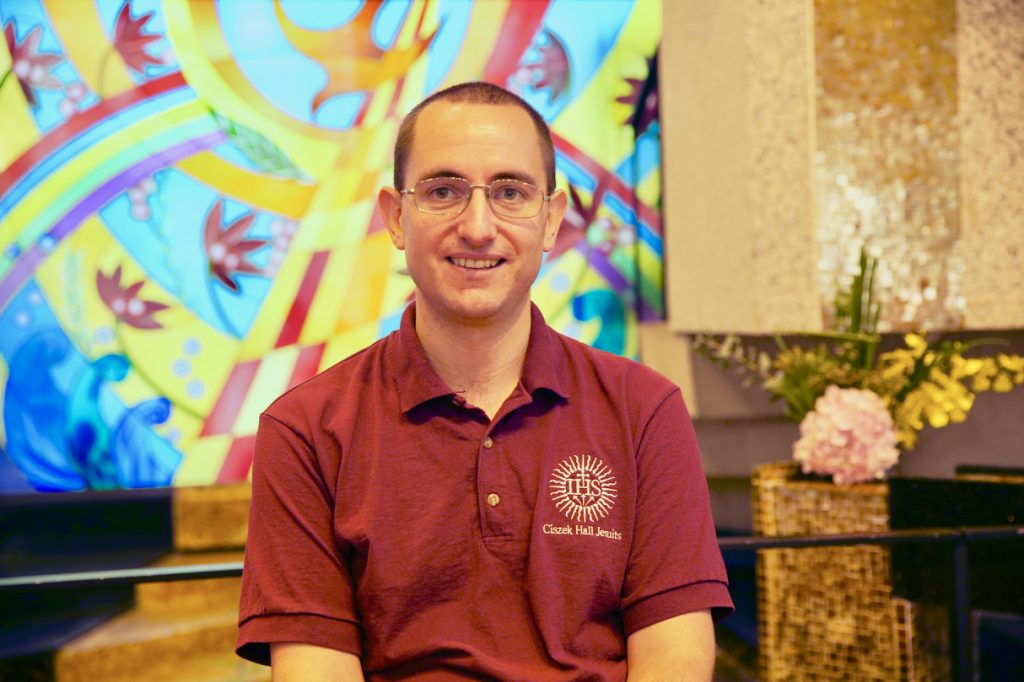 What do you do at TBC?

When I arrived at TBC in January I wasn’t really sure what I’d be doing, but upon arrival, I was asked to help with the research aspects of The Beijing Center: to plan and take on a research project and to help plan some events around research activities. So, I was able to do that and learned a lot about Matteo Ricci. I helped to re-publish a book, of some of Matteo Ricci’s letters translated into English and to organize a panel discussion about the letters of Matteo Ricci and their significance, both for scholars and for expatriates living in China today as a spiritual source. After a couple months, the lady who was running the internships program ended up leaving TBC to return to her hometown and there was a need there, so like a good Jesuit I exercised my availability and helped to fill in managing the internships program. So, a large amount of my time, since February, has been managing the internships program, helping our semester students with their part-time internships and help recruit summer interns to come and intern in Beijing.

Why did you decide to come to China the first time as a Jesuit?

It was because I had studied some Chinese in the past, so I was familiar with the culture and also some language skills. I wasn’t sure if that was going to be a part of my mission going forward and I wasn’t sure if I should be thinking and discerning about that as my mission going forward. And so, a part of it was to rehabilitate the Chinese skills, but also to see what if anything my life in China as a Jesuit would look like.

What brought you back to China this second time?

I came back to gain more experience. The first time it was mostly language acquisition, language classes 15 hours a week. But this time it’s more oriented to work at TBC. It’s really the beginning of regency, which is a stage of formation for Jesuits in the midst of their studies to gain some experience in ministry.

How did you find out about TBC?

I’ve known about TBC for a while. I actually have a cousin who studied abroad here; he’s the same age as I, so back in 2010. Then after entering the Jesuits, because it is the only official work of the Jesuits in China, I knew about it from that, from talking to other Jesuits who had been here.

Can you share an unforgettable experience during your time at TBC?

I won’t narrow it down to one specific experience, but one type of experience. Working at TBC, both in the research activities and internship program, I’ve had the opportunity to do a decent bit of event planning and it’s not that the events themselves are unforgettable; it’s more the planning and preparation for the events are unforgettable. Often the team at TBC can come together in preparation for an event. It’s very concrete goal that the team can rally around and what will be unforgettable for me would be the support that I’ve felt leading up to events planned. Just getting support from all the other staff here and being able to together accomplish a goal.

Please use three words to describe your experience working at TBC?

I would say, exciting, rewarding, and joyful. I would say exciting, because every day is different. Things change very fast in China, in general, and especially in TBC every day is new. Rewarding, because I was blessed to be rewarded with a decent amount of responsibilities and having just studied for the past two and a half years it’s nice to have a job again and to accomplish things. And joyful, mostly again for the people. I think it’s been a joy for me to watch people grow together at TBC, both our students and people like my colleagues, those of us who work at TBC. I think for most of us it occupies a special place in our hearts, so there is a certain amount of joy that comes with working and living in a place that you really love.

Will you recommend TBC to other Jesuits?

I would highly recommend TBC for other Jesuits. Although it’s not an apostolic priority of the Society of Jesus anymore, we as Jesuits are being called to the frontiers and the margins and this is certainly a place that is a frontier and a margin. And, as I said, this is a place of great joy and I think the Society is doing great work here. It’s also a place of challenges, so if I may give unsolicited advice to any Jesuits who might come here I would say be prepared spiritually. It’s a place of challenge, but a place we need to be.

Something more to say?

The other thing that I would like to share about my work at TBC is the creativity that it’s allowed me to have. I think the culture of the office is one that welcomes people to bring their own ideas to the table and to think of new ways to approach problems and our work here. I’ve felt supported to think creatively about a number of things that I have done here.

Do you have any changed perceptions on China after staying in China for some time?

One of the things that I’ve learned and come to appreciate eventually about China since being here is its pace of life. I think, both personally and professionally, you hear often that things happen fast, things change fast in China, which is certainly true. You don’t often hear the flip side of that, which is that things often happen very last minute. This can be a challenge for someone who likes to plan ahead. But one way that I’ve grown since I’ve been here is in being able to go with the flow more and being open to some ambiguity as to the future. I think that’s a result of the pace of life and the style of life here that I’ve learned over my time.

What’s your plan next? 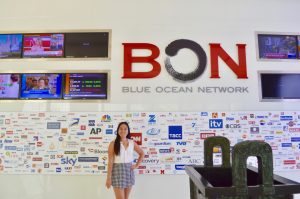 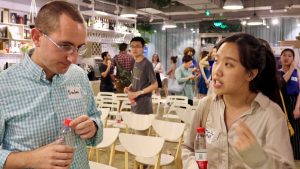