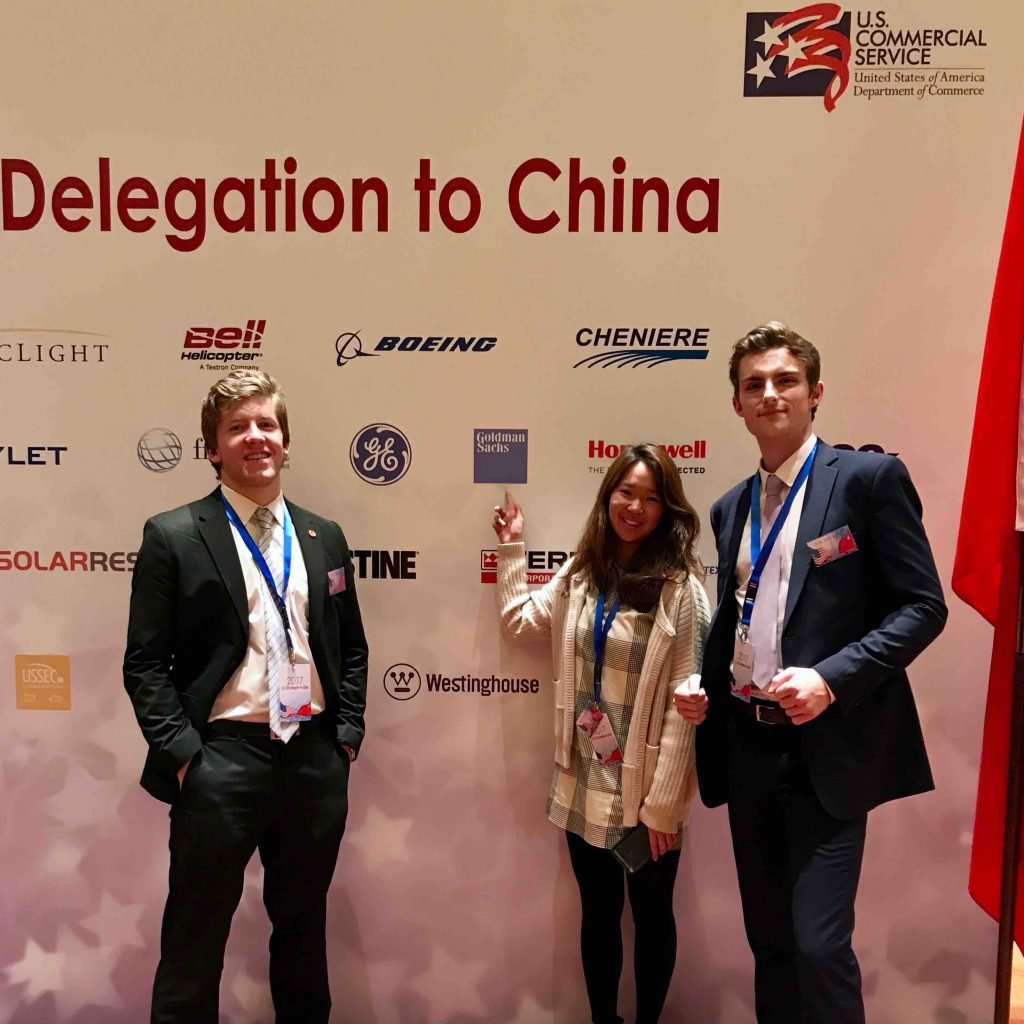 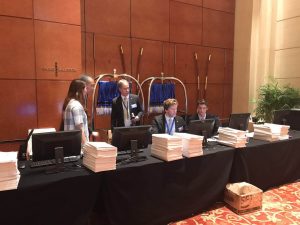 Last Wednesday, three of our students who intern at the US Embassy Commercial Service, Vivian K. (University of San Francisco), Jamie C. (Fairfield University), and Reed P. (Boston College), took part in the Welcome Reception hosted by U.S. Secretary of Commerce Wilbur Ross’ in honor of the 2017 U.S. CEO Delegation to China. The students helped coordinate the guest lists and helped register guests during the event. They had the chance to learn from the experience of assisting a high-level trade delegation and interacting with U.S. and Chinese senior government officials, CEOs of U.S. and Chinese companies and trade associations. Not only that, but they had the opportunity to network with officials at the Embassy and CEOs.

“We arrived early to help set up, which included setting up Chinese and American flags throughout the meeting rooms. As people began to arrive we shifted towards helping with registration, cross-checking guests names with the excel master invitee list. After all the guests arrived, we were able to join the reception in time to hear Secretary of Commerce Wilbur Ross speak and do a little networking. Such a great evening!” – Jamie C. (Fairfield University) 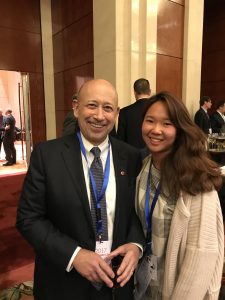 “We also got to eat amazing food, really really good food. And it was a great networking event. It was really cool because we met a lot of CEOs. One thing I really loved from this event was that I got to meet Lloyd Blankfein. I was really nervous because he was always surrounded by other CEOs and very important people. I was really nervous to talk to him. But I saw the perfect opportunity when the conversation was dying down. And when he was surrounded by less people, I got up in there to shake his hand. He asked me what I did in China and I told him I worked for the Foreign Commercial Service for the US Embassy. He also was a really interesting guy, really funny, and really nice. And I told him I applied for the Goldman Sachs internship and he said ‘See you at Goldman.’ It was the highlight of the event.” – Vivian K. (University of San Francisco) 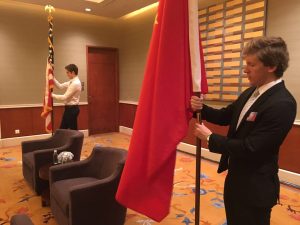 “My role in planning the welcome reception was to manage the huge spreadsheets of invitees and invitations, which companies and groups they were with, and to help with onsite registration and check-in at the actual event. So, beforehand I spent a day pouring over this excel spreadsheet, putting in names and emails addresses, the companies who were going to be invited, and who they wanted to bring. As for the day of, the other interns and I along with the locally-employed staff, who are the Chinese employees at the Embassy, sat at the entrance to the event and used this cool app that our boss had found called Snaffles to check everyone in who was coming. So, regardless of their rank or position they would just come and tell me their name and I would check them in. Sometimes I would see that they were a higher up in Microsoft, Coca-Cola, The Digit Group or some bank. It was kind of surreal because they are all so much powerful and influential than me… But it was just an incredible opportunity to be in that room and assist these people at the event. The interns and I got to network with a lot of corporate officials that we would have never talked to otherwise. We got a picture with Lloyd Blankfein, CEO of Goldman Sachs. I got to talk another bunch of Embassy officials. We saw Secretary Ross in person a bunch of times. And then we helped clean up afterward. We were basically the on-site help. But just being there was a great opportunity.” – Reed P. (Boston College) 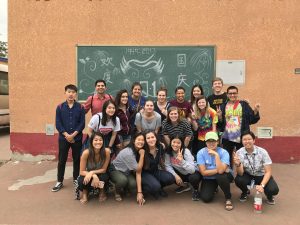 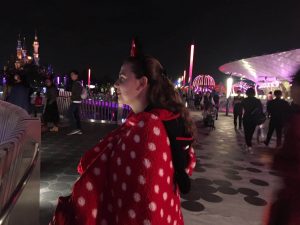