The 12 Things I Love About You. 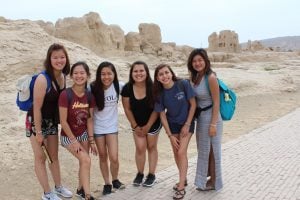 Reflecting on the Silk Road trip